To Help People Tell Stories, DON’T Do This 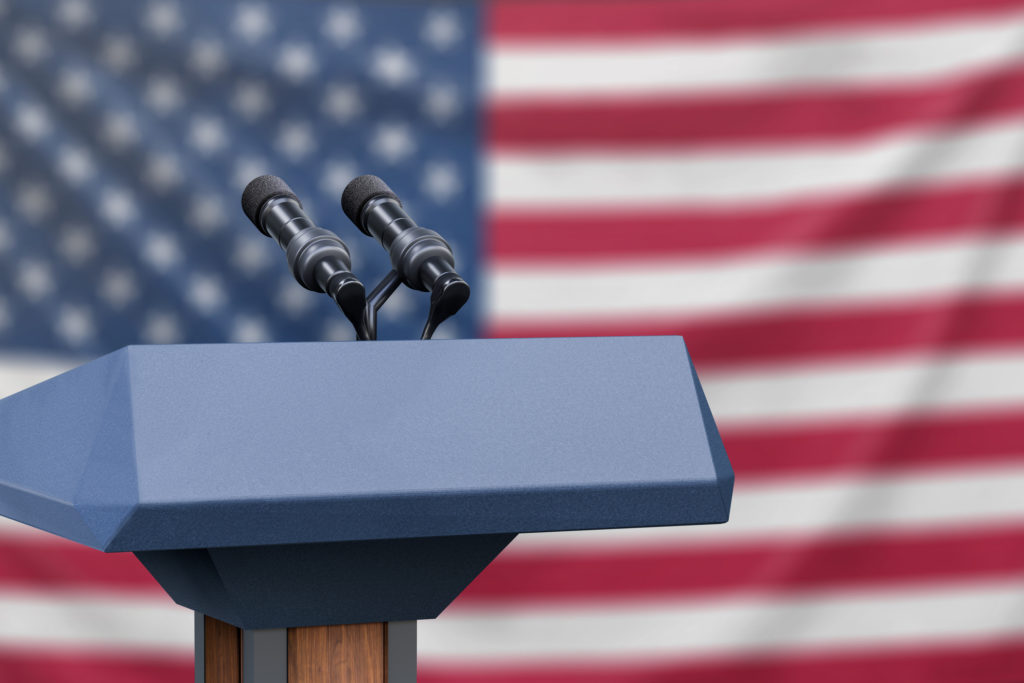 In my house, we don’t watch TV on school nights. Tuesday, September 29, was a noted exception. My youngest, Melia, was especially excited. What could be so special and worthwhile that Mom and Dad would break their own rule? We turned on the TV and…

“There’s nothing smart about you.”

Melia turned to me, looking confused.

“Are all presidential debates like two brothers yelling at each other?”

Since the first 2020 presidential debate on Sept 29, some are disappointed that they didn’t learn anything from the candidates. But why anyone would expect to learn anything worthwhile at all from a setting that is so public, so high stakes and so competitive? I don’t envy Chris Wallace his position as moderator.

At Leadership Story Lab, I spend a great deal of time facilitating conversations. Thus, I was struck not by how well or badly Chris Wallace did in his role as debate moderator, but simply by how different his job is from the job of someone who, like me, facilitates learning. As a storytelling facilitator, I help people tell stories they can leverage for business success. This means helping them learn how to use storytelling tools for themselves.

Every leader’s role involves helping others learn. So it is well worth reflecting on how different that role is from the role of debate moderator. Why? Because it can deepen your understanding of what you do and why.

True, like a debate moderator, your job is to ask tough questions, provoke revealing answers and interject in order to steer the conversation.

However, in many ways, any role where you are facilitating learning—and particularly where you help people tell stories—is the exact opposite of what Chris Wallace did during Tuesday night’s debate. A story facilitator must create a completely different environment.

“Threat is one of the primary forces that stifles learning,” say Arthur W. Combs, Ann B. Miser and Kathryn S. Whitaker in their book On Becoming a School Leader. Fear “of failure… of facing ridicule or humiliation, of personal inadequacy” are key threats in a learning environment.

To create an environment where people feel challenged but not threatened, story facilitators must create safe, inviting and confidential environments.

Even though a public national debate is much different, ideally, it’s still a chance for the public to learn something about the candidates. And did we? Not really. The more someone wants to ‘win’ and nothing else, the less likely it is that they will step away from positions they’ve previously stated.

I encourage would-be story facilitators to focus on one thing: that a storytelling training session is a lab. We experiment. Even when groups get trained with their managers at the same time and in the same room, everyone is just experimenting with storytelling and trying out the tools.

A lab has structure and rules you have to follow as well to stay safe and encourage productivity. Similarly, the debate had rules. Each opponent had two minutes of uninterrupted time to answer. Wallace had to remind the candidates of these rules. He also had to know when to interrupt vs. interject (which is difficult), especially when he needed to stop Trump when he didn’t follow the rules.

“I wanted to be as invisible as possible,” Wallace told the New York Times the next morning, “and to enable them to talk — to rise to the point at which you begin to interject more and more. First to say, ‘Please don’t interrupt,’ then ‘Please obey the rules,’ and third, ‘This isn’t serving the country well.’ Those are all tough steps at real time, at that moment, on that stage.””

While a debate is a high-stakes environment with strict rules, a story lab should feel low stakes. How do facilitators create that feeling? By making it fun and interactive. Though the stakes are low, the rewards are high.

Here are two of them:

A debate stage, on the other hand, is a high stakes environment that can lead the debater to win or lose the confidence of voters.

“By three methods we may learn wisdom,” says Confucius. “First, by reflection, which is noblest; second, by imitation, which is easiest; and third by experience, which is the bitterest.”

Learning requires reflection, and in storytelling, it usually includes reflection on our “bitterest teacher”— experience.

That means we’re looking at ourselves honestly. There’s a space for discussing your accomplishments, sure, but accomplishments are not necessarily the focus. It’s a time to look for the true, deeply felt stories that will resonate with people in your circle, the people you want to lead and persuade. (These questions have helped many of my clients reflect on their experiences, and here is an example of a polished three-act story that results from self-reflection.)

Want business storytelling examples and tips delivered to your inbox? Sign up here.

A debate, in contrast, is not a time for self-reflection, but a time to proclaim your pre-crafted, well-polished policies and accomplishments and attack your opponent’s weak points (although apparently in this case it’s a time that seems like brothers yelling at each other instead!).

Most of us won’t become presidential debate moderators. Thank goodness! But all of us (community leaders, business executives, parents, fundraisers, philanthropists, and dare I say even politicians) can help people tell stories. The reward and learning that you and others will reap from doing it right is endless.

Want Your Business To Survive The Pandemic? Facilitate Stories.

Collecting Stories Will Make You Happier