Tell Me About Yourself Example 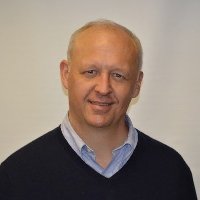 I was raised in Oak Park, IL and as a high school kid I had a lawn service business doing odd jobs around our neighborhood. One of my best customers was an executive at Kidder Peabody, a Wall Street brokerage firm. He was also the President of the Chicago area Yale Club. It was well known that each year, he would offer a deserving Yale student a job at the Chicago Board Options Exchange (CBOE). I wanted that job!

So, a few months before graduating from high school, I worked up the courage and called him and asked for the job—this being despite the fact that I was not a Yale student but was going to the University of Illinois. He replied that he would look into the possibility and get back to me. About a month later, he called to tell me that I got the job. I was ecstatic but a little scared given I knew very little about what I would be doing on the trading floor. After a few weeks on the job, I got used to the new environment and grew to really enjoy the fast paced activity and the screaming and yelling. Apparently I had performed well enough that I was able to stay with Kidder Peabody working on various Chicago trading floors all throughout college–that was my entrée to trading.

My senior year at Illinois, I was interviewing for all types of jobs but I was really interested in one company—O’Connor & Associates. I had come to know about O’Connor from my summers on the CBOE and CBOT where they were viewed as the “best of the best”. O’Connor & Associates was a very successful proprietary option trading firm and was among the first to utilize the Black-Scholes option pricing model to value options.

I was able to trade interview slots with a close friend who had no interest in trading. I went through an intensive interviewing process and received an offer to join the firm. I was thrilled. I accepted the offer and so began my trading career.

I spent 13 years at O’Connor & Associates and rose from a “runner” on the floor of the CBOE to a Managing Director running a multi billion dollar over-the-counter equity derivatives trading book.

As I consider my current situation, I think back to those days and what sticks with me the most is the importance of recognizing an opportunity and pursuing it. People generally want to help but if you fail to ask, it is not going to come knocking at your door.