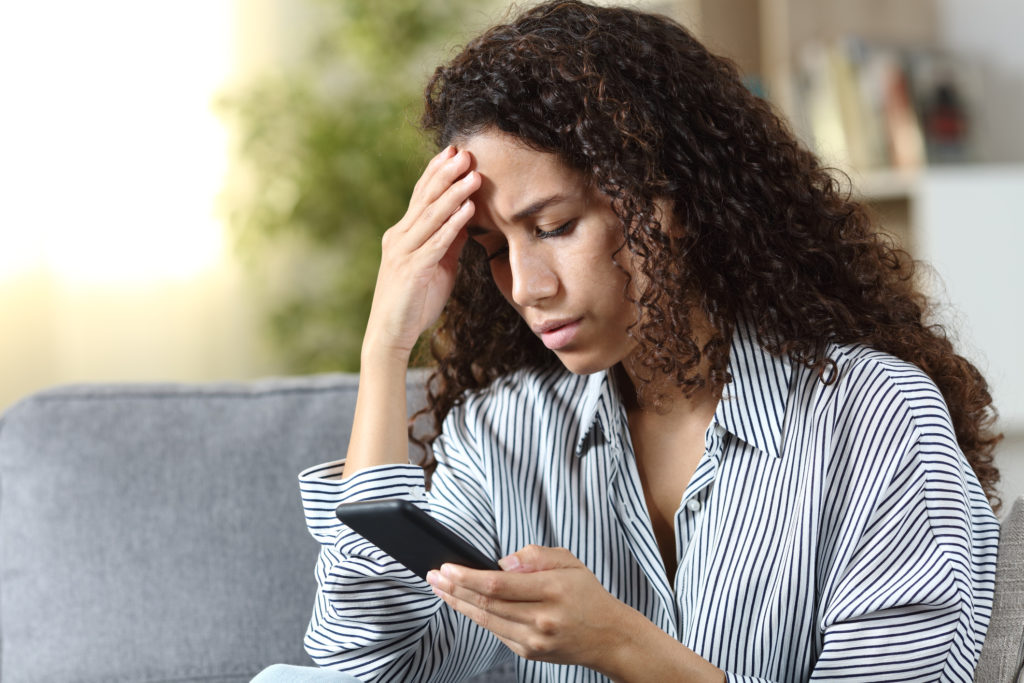 Many of us are wrong about our impressions of how an interview went. This gives us unnecessary post-interview anxiety.

Part Two in a 3-Part Series on interviews. Read Part One and Part Two.

Many of us are wrong about our impressions of how an interview went. This gives us unnecessary post-interview anxiety.

Take Diane Duthweiler, for instance. She was interviewing for an internship at a TV station when her interviewer, who had been leaning back in his giant, high-backed chair, suddenly tipped the chair all the way over backwards, smack onto the floor.

“My first instinct was to pretend it wasn’t happening. But it became clear he was stuck, lying down backwards in his giant chair like a turtle that couldn’t flip over.”

Diane thought he looked embarrassed. She offered to step outside the office for a moment while he got himself unstuck. When she came back, everything was back to normal.

“I figured that my chances of getting this internship were now zero and my television career was over before it had even started,” she recalled.

But, it turned out, she was wrong. A few days later, the man who had flipped his chair over backwards called her and offered her the internship.

Sometimes even when interviews go in a bizarre direction—like Diane’s—we still land the job or get admitted to our MBA program of choice. Sometimes when we analyze and re-analyze and think we did everything right, we don’t make the cut. But one thing’s for sure—between interview and callback we spend a lot of time analyzing.

What Not To Do

Body language is under the radar during an interview. The interviewer is scrutinizing you, and of course you are trying to read your interviewer as carefully as an attorney reads fine print.

She looked away a lot while I was talking… was she bored?

I thought I saw him cringe after I said goodbye…

What was with that awkward pause after I mentioned the classes I want to take?

And so it goes… on and on as we try to analyze and re-analyze our performance and guess and re-guess our interviewers’ behaviors—and thus predict our own future. But social science research shows that we’re often wrong about the way we read others.

“Body language is certainly something we believe in very strongly,” says Nicholas Epley, behavioral psychologist at University of Chicago Booth. “But the body doesn’t tell nearly as much as we think it does about a person’s thoughts.”

For instance, in one experiment, people looked at images that produced strong emotions—in some cases images like a beautiful nature scene, in other cases images so violent I don’t even want to repeat them here. Another group was asked to choose whether they would rather guess this group’s emotions by:

Epley’s research – in this experiment and many others-shows that we think we’re darn good mind readers, but the reality is, we’re not as good as we think we are.

What To Do Instead

So don’t run on the endless, exhausting treadmill of analyzing each moment of the conversation. Instead, follow up with your interviewers. When you write your thank you notes, say more than the obligatory “thank-you.” Pinpoint a very specific aspect of the interview that you appreciated.

And then, if you have a social media ‘practice,’ use it to share this aspect that you appreciate. After that, pick up a hobby (or rekindle one), find a challenge, and shift your attention away from the interviews until you hear the final decision. I know it might sound simplistic. However, shifting your attention from endless, mindless chatters to productive engagements is much harder than it seems. Give it a try anyway. You will be so thankful for this decision!

Want more advice or coaching on interviewing? Check out Part I and Part II of this blog series! And schedule a complimentary communication training consultation today. For more tips and insights on storytelling, sign up for our guide.

My new book, Let the Story Do the Work, is now available!