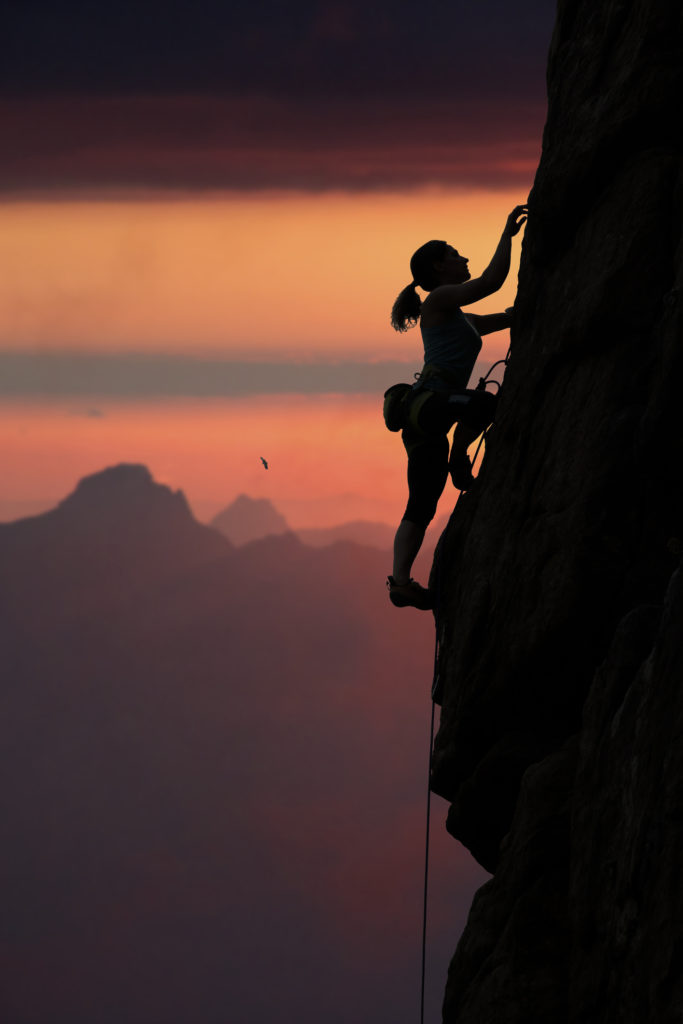 Some of the world’s most successful people started out near rock-bottom. There are the stories of John Paul DeJoria sleeping in his car  at the time he cofounded Paul Mitchell Systems hair care with $350 he borrowed from his mom. And there are the stories of unemployed single mom J.K. Rowling writing drafts of Harry Potter while her infant daughter slept. Their stories are examples of rags-to-riches tales–also known as underdog stories.

This type of story is one of the five basic plots that work especially well in business contexts. When people hear stories that follow this plot, they feel empathy toward the storyteller’s plight, and then inspired and motivated by the teller’s victory. They begin to think, “well, if they succeeded in such adverse circumstances, why can’t I succeed too?”

In a nutshell, the rags-to-riches story is about someone who starts out in a difficult situation. They have an inner drive to succeed, but there are certainly no outward signs that their success is a given. Often, it doesn’t even seem possible. Yet despite the odds, the hero overcomes what stands against them, persevering despite many setbacks, to achieve far more than expected.

Another name name for rags-to-riches is “the underdogs.” And in some ways, the underdogs story is very, very American. It’s woven into our cultural fabric. We like rooting for the underdog sport teams, and if they succeed the victory is all that much sweeter. The founding history of the country, breaking away from the powerful British Empire, is another example.

What Makes This Plot Unique

The rags-to-riches or underdog plot shares some elements with an overcoming-the-monster story. Both are about prevailing against difficulty.

However, the key difference is that in the rags-to-riches storyline, the teller starts out in very humble circumstances. These circumstances are the very thing that must be overcome.

Is your story more of an overcoming-the-monster story? Find a template for that type of plot here:

“How To Tell An Effective ‘Overcoming The Monster’ Story.”

Rags-to-riches stories are often also a kind of origin story because they trace the roots of a person or organization. But there’s a difference here too. In their simplest form, origin stories focus on the exact moment the idea or organization began. So an origin story would focus on when and how J.K. Rowling got the idea for Harry Potter, for instance, or how John Paul DeJoria knew he could make great hair care products.

For an in-depth look at all five basic business plots, see my book, Let The Story Do The Work.

Can Everyone Tell A Rags-to-Riches Tale?

The rags-to-riches plot is not one that every leader can tell, simply because not every leader has come from adverse circumstances. When the top dogs characterize themselves as the underdogs, audiences will spot this lack of authenticity from a mile away.

But does that mean every teller of a rags-to-riches tale has to have experienced the worst possible childhood or early adulthood?

Nor does every rags-to-riches tale have to be a “tear-jerker.” One of the most memorable stories the late Steve Jobs shared was not from his childhood–it was about being fired by the board of the company he created. Even when he came back to Apple, things were not looking good for the company. Plenty of analysts predicted Apple’s demise. Apple and Steve Jobs were the underdogs.

This is another reason it’s important to remember that rags-to-riches stories contain a broader plot line: “the underdogs.” Not everyone’s life follows a “rags-to-riches” trajectory, but many people have been underdogs at one time or another.

A Template for Underdog or Rags-to-Riches Stories

To tell your rags-to-riches story, follow this simple template:

One of the most moving rags-to-riches stories I have heard lately is the story of Hazim Avdal. Here is how the facts of his story could be organized into the template above.

Describe your current level of success:

Hazim Avdal was accepted to the University of Chicago in 2017 and is now deep into his studies in this top-notch university’s demanding computer science program. During breaks and holidays, he will be staying at a home owned by the Clooneys (as in, George Clooney, the famous actor, and his wife Amal, who is a human rights lawyer). Recently, Avdal had the chance to appear on David Letterman’s new Netflix show to tell his story.

Go back to your childhood to give your audience examples of the adversity you experienced:

That story began in Iraq. Avdal’s family are Yazidi, a small ethno-religious minority group that has survived over 70 brutal massacres during the ten centuries that the religion has existed.

In 2007, when Avdal was 12, Al-Qaeda killed 500 Yazidis in a series of suicide bombings. Even with all this violence, Avdal attended school. But in 2014, after he had begun attending medical school at the University of Mosul, ISIS began a genocide against Yazidis that led to thousands being killed or kidnapped. Many women were taken as sex slaves.

On August 3, 2014, ISIS attacked Avdal’s hometown. He was six hours away from home, working, when he received a phone call from a cousin saying, “tell your mom and family to escape.” His family made it to a refugee camp with just minutes to spare before their village was attacked. Avdal joined them and spent about five months there.

Explore and explain the personal qualities that existed “back then” that carried you through, or people who intervened:

Avdal was among the first Yazidi generation to attend school. His people had come to believe that education was crucial for guaranteeing “the rights of Yazidis in the future,” says Avdal.

They saw firsthand the problems that lack of education could cause: “ISIS came out of ignorance,” he says. With this hope and understanding, it was hard for him to envision a life without college. He worked hard, and as a high school senior, he was among the top ten highest-scoring students in the entire country.

But after the genocide, he felt despair about how anything that had been destroyed could be rebuilt. Most of his friends from his hometown were missing or dead. It was, he says, “the only time in my life in which I completely lost hope.”

Around this time, he learned of the group Yazda that was helping the Yazidi genocide survivors. He immediately returned to Iraq with them, contributing his self-taught computer programming skills to build databases that informed Yazda’s humanitarian efforts.

Say how you got the chance that led to the riches (or opportunity):

Narrate the setbacks and your response to them:

Deciding to apply was a tough thought process. Should he go to the U.S. to pursue his education, or stay with the people he loved? In the end, it was the Clooneys who talked him into deciding to go to the university, assuring him that he would find community in the U.S. as well.

He decided to go ahead and apply. He had been incredibly lucky to meet the Clooneys. But even with this luck, there was a moment when he questioned whether or not to seize the chance. In the end, he decided to turn that “luck” into something that works for him and his people.

Explain when you started to feel like you had “made it”:

Soon, he heard that he was accepted. Though the crowds and cold weather have been hard to adjust to, he has begun to love Chicago. He’s found hope again. He’s thinking about how he can help rebuild his country.

Reflect on how the “rags” give you perspective on the “riches”:

“I feel very privileged for being given this chance,” says Adval, “there are so many other people who need to be rescued.” As he makes the most of the educational opportunities he has, he is also still trying to raise awareness about the Yazidi genocide and the fact that hundreds of Yazidi women are still missing. And that’s a big part of why he decided to talk with David Letterman–not to become famous himself, but to tell the story of his people.

Leadership Is Hard; Crafting Origin Stories Shouldn’t Be — Here’s How

If you have a story that can inspire others, use this template to give your story structure. If you want to learn more about choosing the right plot for the business story you need to tell, contact us for a complimentary storytelling consultation!

This article originally appeared on Forbes.com. It is part 3 in my series “5 Basic Plots for Leadership Storytelling.” Read part 1 here and part 2 here.