How Leaders Use Storytelling To Inform And Influence 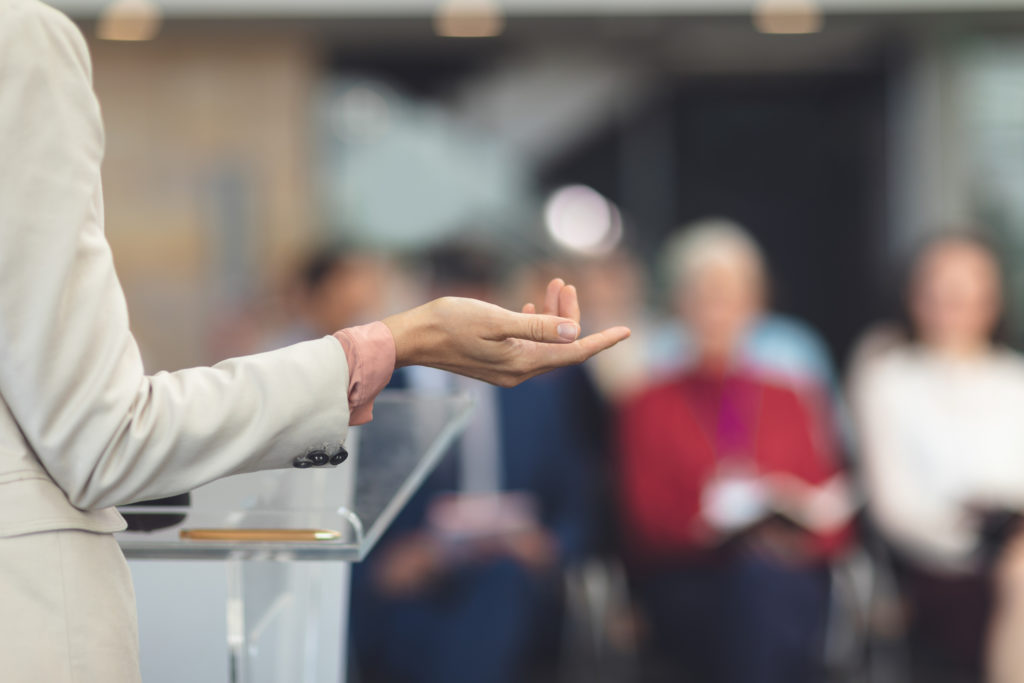 The best leaders use storytelling to inform and influence.

The best leaders don’t spend precious time reminding people of everything they’ve accomplished. Instead, they tell stories. The best actually collect them, thoughtfully and diligently. Through stories, they convey their character and remind people of visions worth pursuing. Here’s how two of the most inspiring leaders use storytelling to inform and influence others.

Gross is the host and co-executive producer of NPR’s Fresh Air, is one of the world’s most famous and skilled story collectors. How does she create spaces that influence people to share their deepest thoughts and most moving stories–especially as someone who insists that she is naturally very shy?

For each interview, she has about three pages of double-spaced questions. When Fresh Air first became a national program, she spent her weekend nights screening videos while looking at books, “surrounded by piles of stuff,” to prepare for doing ten interviews a week. “I had no life for a while,” she says. Today, she continues to immerse herself in “as much of the person’s work as possible,” Gross told the New York Times, “so I have an understanding of what makes them, or their story, important.”

To be a good story collector, prepare to ask good questions. If you’re talking with a public figure, learn what you can about them from available sources. If you’re speaking with someone who isn’t a celebrity (yet), think of good general questions or reflect on what you might want to be asked in a similar situation.

“If they’re leading me to a place that’s more interesting than the one I’ve thought of,” she tells Max Linsky on the Longform Podcast, “I’m just going to keep following.”

Listening well opens you up to pursue interesting tangents.

She asks, “tell me about yourself.”

With genuine curiosity, she tries to find out how the person became who they are today. Start open-ended (and maybe steal Gross’s “tell me about yourself” question). This is what creates the space for stories.

Story collecting begins with good questions. Come up your favorite questions you can ask anyone. One of mine is “What do you do when you’re not working?”

Be relatable, especially as you move higher up the career ladder.

Despite being in such a high-power position, Indra Nooyi’s stories have a very everyday woman’s quality to them. For instance, she told The Atlantic the story of how she copes with being a working mom. Her daughter was enrolled in a school that had a 9 a.m. “coffee class” for the moms every Wednesday.

Nooyi, being a working mom, found it impossible to attend most of them, and her daughter complained that she wasn’t there. Instead of suffering with guilt, Nooyi called the school and asked for names of other moms who didn’t attend either.

Next time when her daughter gave her a hard time about not attending, she pulled out that list and read off the names of other moms who also didn’t attend. She said it’s important to find these coping mechanisms, otherwise, “you die of guilt!”

Nooyi has also crafted a compelling origin story. To show how her childhood was already preparing her to be a leader, she has shared the story of how her mother would ask her and her sisters to write speeches about what they would do if they were in a position of power. After dinner, they would give their speeches, and her mother would decide who to vote for. Nooyi feels that this prepared her to present and defend arguments and field tough questions.

Later in her career, it helped her defend her ideas against her male colleagues who tended to double-check her answers. It even helped her call them out on their actions. This origin story not only answers the question of “how did you get here,” but it also shows Nooyi’s personal character.

Knowing your origin story is one of the best ways to crystallize your character for your audience, and it’s one of five basic plots that work particularly well to tell in business contexts.

Find a template and examples of origin stories here.

At its core, leadership is about persuasion. We want to influence others to do their best work and to follow us into the future. And we can persuade best once we’ve taken the time to listen, collect stories, relate to our audience and show our character.

Mothers Are Leadership Storytellers. Here’s Why.

Don’t miss out on your next opportunity to tell a story that will inform and influence your team. Contact us for business storytelling training! Leadership Story Lab trains and coaches managers in storytelling techniques to help them become more engaging and persuasive communicators. Whether you would like to stand out in the interview process, add punch to a presentation, or make a compelling case for a new initiative, we can help. Schedule a complimentary session with us today!

My book, Let the Story Do the Work (published by HarperCollins Leadership), is now available!