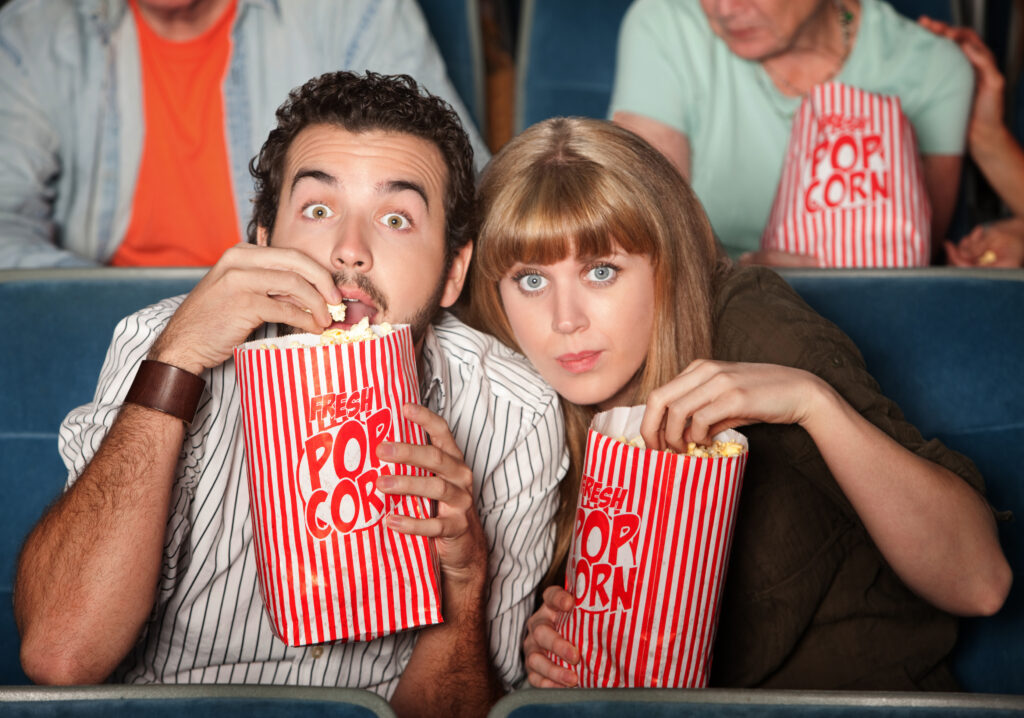 The suspense has us on the edge of our seats!

Many leaders wonder what they can do to keep audiences hanging on their every word during presentations.

1. “Good suspense… is really about creating situations that are relatable, and throwing a wrench in it and watching how people respond.” – Jason Blum, filmmaker and producer

Your story doesn’t have to be about a near-death experience or a daring rescue. It can be about something relatable, even mundane, but where the wrenches that get thrown into the mundane experience keep the reader guessing about how you will respond.

In a recent Leadership Story Lab training, one of my clients mentioned that he always wanted to be an astronaut. He applied to the military, knowing this could aid his chances. Unfortunately, he got disqualified because of his vision. Still, he didn’t give up. He applied to West Point and trained by running around town in his army boots. But a small check mark next to the application question about asthma disqualified him again. So, he decided to go to college instead. Looking back, he says this was the best decision he ever made in his life.

It’s a relatable situation. Many of us have formed a clear image of our dream job, only to have wrenches thrown into it, no matter how hard we try or how many alternate routes we take in our effort to achieve it.

In business storytelling, we also use suspense if we are aspiring to be good communicators. It is an effective way to engage your audience.

But even for excellent communicators, day-to-day miscommunications still happen. Although they aren’t pleasant at the time, they make great stories.

As you portray a miscommunication, use dramatic irony to build suspense.

Same with workplace miscommunications. The audience feels like shouting, “No! She didn’t mean that you should do this enormous project all by yourself by Friday!” The tension increases as they watch you dig yourself deeper into a hole that could have been avoided by asking one or two simple clarifying questions.

3. “Real suspense comes with moral dilemma and the courage to make and act upon choices. False suspense comes from the accidental and meaningless occurrence of one damned thing after another.” – John Gardner, novelist

A colleague of mine once described a story she read in elementary school. Within the first few pages, the main character was running away from her burning house. While running she was cornered by a rattlesnake. Then the rattlesnake was scared away… but what scared it was a stampede of bison about to trample the snake and the protagonist alike!

Even if she might not have expressed it quite this way in third grade, my colleague felt like it was just “one damned thing after another.” She stopped reading, disgusted at how unrealistic the story seemed.

The workplace parallel? Don’t tell a story of five terrible job interviews in a row, listing everything that went wrong. Focus on one difficult interview and illustrate the moral dilemmas and choices you faced.

Creating a truly suspenseful story should be valuable beyond just keeping the audience on the edge of their seat. True suspense can illustrate your character because it shows how you worked your way out of a tricky situation.

This takes guts. You have to be honest about the moral dilemma you faced. But immersing the reader in the true difficulty of the situation and showing how you prevailed illustrates your courage. Even if you got it wrong, you had the courage to act, and that says something. In such cases, always illustrate what you learned, and highlight a lack of experience, never a lack of character.

4. “In the case of a missing person versus a murder: if a person’s dead, they’re dead. I’m just trying to solve the crime. But if a person is missing, you have hope. Hope can be the cruelest thing in the world.” – Harlan Coben, mystery and thriller author

Granted, the stakes are probably not as high in the workplace as in one of Coben’s novels, but you can still capitalize on hope whenever you plan to share an outcome that you are fully aware of but your audience isn’t.

In a meeting, you could plant a hopeful hook early, when you introduce yourself. For instance, at a gathering about using storytelling to advance your career, I could say: “I’m Esther Choy, founder of Leadership Story Lab, and I’m excited to be here because later on in the meeting I want to reveal whether or not the majority of our survey respondents have earned promotions when they use storytelling in performance reviews.”

That simple “whether or not” is the way you plant the seed of hope. The meeting attendees will hope that survey respondents earned promotions, but they have to wait and see.

5. “Good books don’t give up all their secrets at once.” – Stephen King, author

Leadership storytelling is the strategic sequencing of facts and emotion. Strategically withholding facts your audience wants to know adds suspense.

If, in your next team meeting, you’re tasked with covering information you worry your audience will find “dry,” don’t despair. Consider how insatiable human curiosity really is.

In fact, a recent study in Nature found that participants were willing to endure electric shocks just to learn the answer to a trivia question or find out how a magic trick worked! That’s right. Physical pain was preferable to the pain of an unanswered question.

Capitalize on curiosity in your upcoming communications by feeding your audience answers little by little (but don’t send them electric shocks!).

Unfortunately, workplace communications easily fall into patterns. Those patterns can eliminate all suspense. We think we know what our colleagues will say before they even open their mouths. Instead of listening intently, we make assumptions. Those assumptions stifle creativity and can even lead to costly mistakes.

By infusing our communication with more suspense, we engage our audience, keep them guessing, and keep them listening. And this, in turn, leads to better relationships and better results.

Suspense isn’t just useful for presentations, it’s great for conversations too. Learn how to hook your audience’s attention at networking events.