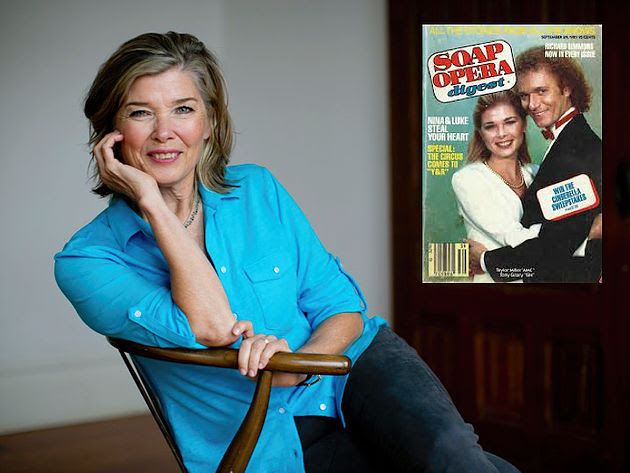 If anyone has a career change story, Taylor Miller does. Taylor spent a decade starring as the graceful Nina Cortlandt on the famous soap opera All My Children. Her acting career spans 30 years. And now, as a holistic health coach, she works to personalize nutrition and empower women to live healthy, strong lives.

But, like many of us, when she found herself needing to communicate the narrative at the heart of what makes her tick—rather than just events that have happened to her—Taylor Miller felt like she didn’t have a story.

And so it turned out that preparing for an invited talk this March meant learning what her story actually was.

Now for the challenging part: She would only have five minutes to speak!

“How do I say something in five minutes?” Taylor wondered. “Five minutes is nothing!” She knew she would need the entire speech to be clear, concise and powerful.

At the start, she also felt daunted by the subject matter: herself, and her story of “launching.” How do you shape a story out of a career that spans from being a soap opera star to doing voice over acting for twenty years to being a holistic health coach? She had never focused on figuring this out before.

But here’s how she did it.

She started where all good stories start. She started to ask herself questions. To do that, she used the Leadership Story Lab intake form we give to our clients.

She admits that as she began to answer some of the questions, she asked herself, “Why do you want to know that?” She was not sure how the questions were going to be important, or what stories would come of them.

But sure enough, one question turned up more answers than she expected.

The question was about where and how she grew up. Growing up, food meant family. She grew up in the south and found starchy foods like red beans and rice comforting. Growing up, she also ate a lot of sugar.

As she started to answer this question, she realized that this was going to be a story about food. She was shocked. She had thought she was going to be telling the story of a soap opera star!

She asked more questions, and her son’s story began to emerge. Her son had been diagnosed with juvenile rheumatoid arthritis when he was only eight years old.

“It was my assignment to help him get well,” says Taylor. “Food became a way of healing him.” She was beginning to see the connections between points along her journey.

Structuring the Story as a Journey

As she discovered the major stories of her journey, she also realized that it was important to tell her story as a journey. She recognized that she needed to let people know that she did not start off feeling empowered to live a strong and healthy life. She wanted the women in the audience to know that wherever they were on their own journey to better health, they could relate to her.

Now she knew her journey. She knew the story she wanted to tell. But was it five minutes long? Not yet!

She would need to cull it down to the most important points.

For this, she says that an outside perspective was essential. That is when she found working with a Story Facilitator at the  Leadership Story Lab invaluable.

Faced with the task of making each second count, she shared her story with our Story Facilitator and sought advice about what stood out to that listener. It is easy to become overly familiar with your own story and not even notice what each detail communicates to the reader.

“Having someone else to say ‘that’s important’ was very helpful,” says Taylor.

Connecting with the Audience

One detail stands out to her from all the rest, and that is the moment at the end of her speech when she got to say, “If your story is like mine…”

“Saying this aloud,” she says, made her realize that “I had the surety to know that their stories would be like mine.”

And as she said it, she knew that she was giving people hope when it came to food. “I loved being able to say that,” says Taylor.

Sign up for monthly insights on applying leadership storytelling to your context.

Not many of us have had successful decades-long acting careers. But being able to find the ways that her story is like ours was what mattered the most to Taylor. She found her story, shaped it, and used it to connect with a prestigious group of fellow Chicago women.

How will you find your story? And who will it connect you with?