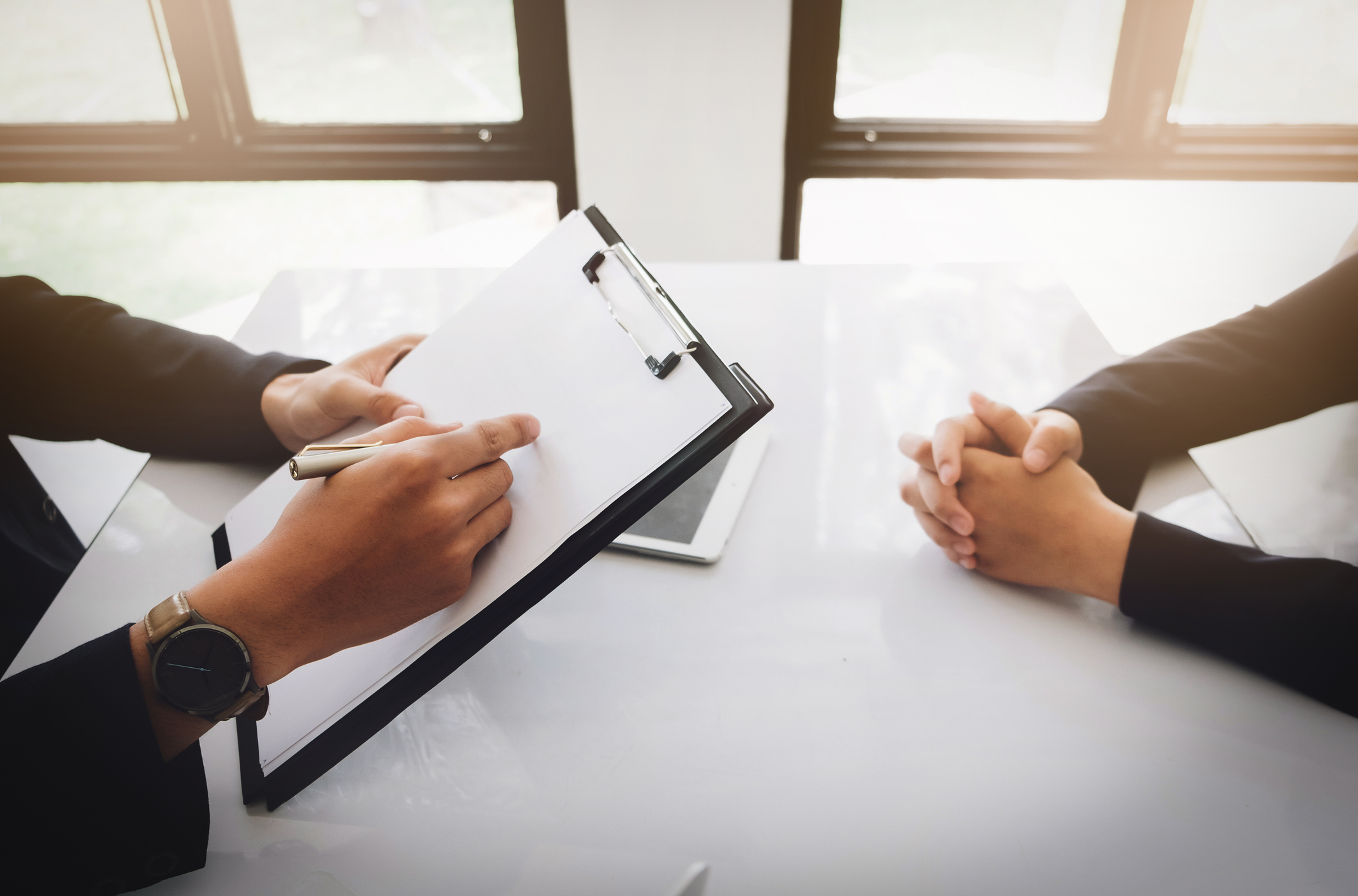 Elizabeth has worked at the same global company for 28 years. Because of that, she’s far more used to sitting on an interviewing panel asking the questions than being the one participating in any kind of job search. Even when she has moved on to other jobs within the company, most of them have been “managed moves”— for instance, due to restructuring which resulted in her group being dissolved or her position being eliminated.

Often, she has told managers, “put me wherever you need me.” But then she applied for a new position that was still at the same company where she had worked for so long, but that nevertheless required her to interview for the position. Her experiences on interview panels had certainly taught her one thing: what the expected, formulaic responses were.

In general, candidates at her company are well versed in the STAR method (“Situation, Task, Action, Result”) and have prepared and rehearsed their answers to standard questions. For those who are uncomfortable talking about themselves at all, Elizabeth admits that this method can be a decent starting point. But, then again, “they all say the same thing!” she laments. “I can’t figure out who the candidates are anymore”— or what differentiates one from another.

And when each new interviewee sounds like a clone of the last person, it can be difficult to make the right hiring decisions. “We hire people we shouldn’t have,” says Elizabeth. It’s hard to see from their answers, “Is this a person I want to work with? Are they joyful, are they optimistic?”

While interviewing for the new position, Elizabeth broke out of this “STAR” mold. But it wasn’t by choice. She was faced with a question that genuinely stumped her. “I had no formulaic answer!”

The question? “Tell me about a time when you influenced a business leader.” The job Elizabeth was interviewing for was a promotion to a leadership role —so, proving that she could influence others was vital. But, at the time of her interview, “I was two to three levels below the leader they wanted to hear about,” Elizabeth explains.

And there was another problem. Her leader also happened to be newly appointed and was based in a different country! So the opportunity for interaction with her business leader was limited! As Elizabeth was contemplating her answer, the interviewer must have misinterpreted her silence and asked, “Do you know your business leader’s name?”

As it turns out, Elizabeth did know the leader’s name. She then followed up not with what they would have expected— a business case and how she impressed this leader—but by telling a more personal story.

It was the leader’s first visit to Elizabeth’s work location and she noticed that the woman looked lost. So, she said hello. The leader asked whether Elizabeth knew where the restroom was. She did—and, in fact, that’s where she was headed. Elizabeth offered to show her, and so they walked and talked as they made their way toward the restroom, and Elizabeth asked her if she had lunch plans. She didn’t. The Asian Network, which Elizabeth led at the time, was having a lunchtime panel discussion on leadership. Would the leader like to come? She said she would. “I’ll come get you,” Elizabeth offered. The leader came and enjoyed the event. “Next time you visit, will you be on the panel?” Elizabeth asked. It turned out the leader was not able to serve on the panel the next time she was in the states, but Elizabeth did attend the leader’s panel on women in leadership.

For the story she was telling her interviewers, it didn’t matter that the leader hadn’t spoken on the Asian Network’s panel. The point Elizabeth wanted to make was this: “I do my influencing the same way whether I’m dealing with a peer or a leader. I want to have a good relationship with that person.”

One giveaway that made Elizabeth believe the risk of telling a story had paid off was that one interviewer on her panel, who she noticed had a serious look during the entire interview, smiled right after the story. Elizabeth got hired. Oddly enough, the manager who hired Elizabeth retired before she started her new position, and so she had the chance to work directly for the very person who had grinned during the interview!

Understandably, she wanted to know why his face had brightened this way, so after making it through an overwhelming first nine months learning the ropes of a brand new job, she decided she would ask this person a few questions during her performance review. “How do you think I’m doing?” she asked. The manager said she was doing well. He appreciated her systematic way of learning. She should just keep doing what she was doing.

Since that question went well, she then had one more question for him. “I didn’t meet one of the main job requirements,” she said. She was supposed to have 15 years of plant experience for the position. She had zero. She even had to ask if she was allowed to apply for the job. But since she had been in R&D for so long, she had visited the plant (even though she didn’t work there), and she was assured that this was sufficient. If she didn’t meet all of the requirements, she really wanted to know: “Why did you hire me?”

Her manager told her they realized they needed someone who could develop and maintain good relationships with their stakeholders. The story she told about developing a relationship with her leader showed that she had what it would take.

Now, back in the interviewer’s seat again, Elizabeth wants to draw more of the same thing out of those she interviews. She wants to see candidates as they are. But it’s a struggle! To combat this, she asks follow-up questions.

Often during the job search, interviewees give examples that make everything sound easy. When asked to describe how they overcame a challenge, they usually say they “planned well,” or they “delegated.”

So she follows up by asking, “Along the way, what was the hardest obstacle?” or “Who gave you the hardest time?” “Was there every any risk or fear?” “What would you do differently?” Some interviewees might fear that the interviewer is asking a trick question, and that they must prove they did everything perfectly the first time around.

But Elizabeth says she is asking “in the spirit of continuous improvement and shared learning.” She truly wants to know! Has this changed everything overnight when it comes to the culture of interviewing? No. Often, it still feels awkward for people to tell a story during their job search. But now, as an advisor to the Asian Network, she encourages those in her network to “self advocate” and connect their love for storytelling with their business goals—exactly what we teach at Leadership Story Lab!

She encourages those in her network and those she mentors to “think about what you are really good at” (which people will often know because their managers tell them)—and then illustrate this with a story. For many, even feeling comfortable doing STAR and “owning their experiences” is a challenge. She urges the members not to underestimate the power of story. She advises them to:

When it came to influencing her business leader, Elizabeth’s story has an epilogue. Shortly after her promotion, Elizabeth bumped into her former manager in the cafeteria one day. With her usual friendliness, she began, “I’m not sure if you remember me, but—” and reminded her of the connection. “Of course I remember you!” the leader responded. In fact, this leader has since played a key role in Elizabeth’s job search–she has helped Elizabeth get the job she has now.

Are You Making These Common Job Interview Mistakes?

What Interviewees Can Learn When The Tables Get Turned