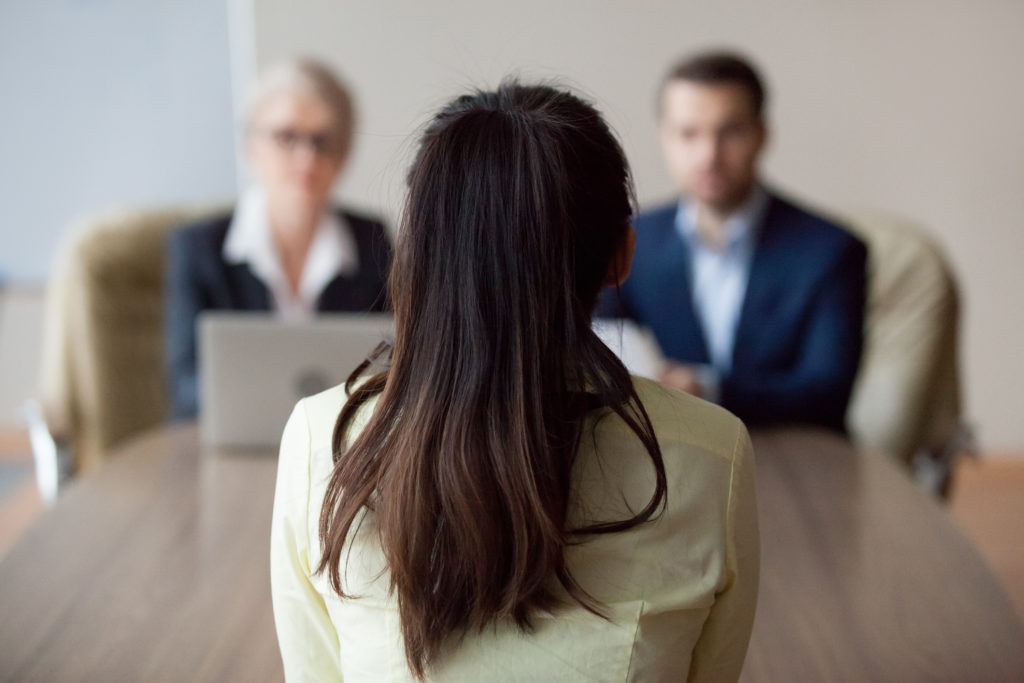 The limits of the job interview format can work in your favor.

Telling brief, relevant and compelling stories during a job interview sets you apart from your competition.

However, the reality is that job interviews have many constraints. There’s a set amount of time and an expected script. And, of course, you’re limited by your circumstances. If you’ve recently been laid off, you’ll have to acknowledge this. There’s no getting around it.

Shocking as it might seem, all of this is actually wonderful news for storytelling.

“Creativity loves constraint,” as Marissa Mayer, Google’s former Vice President of Search Products & User Experience, has said. When Google was developing its desktop search, they wanted it to work on 90% of computers. This limited the team in terms of the memory required to run searches, the way files would need to be stored and what features could be included. Those limits led to innovation, says Mayer.

As long as constraints are not too onerous, they help people become more creative. This was what business professors Oguz A. Acar, Murat Tarakci and Daan van Knippenberg found after reviewing 145 empirical studies about creativity and constraints.

In contrast, when there are no constraints, “complacency sets in,” they found, “and people… go for the most intuitive idea that comes to mind rather than investing in the development of better ideas.”

So don’t fret the ways job interviews limit your business storytelling. Embracing these constraints is the secret to telling brief and brilliant true stories during job interviews. 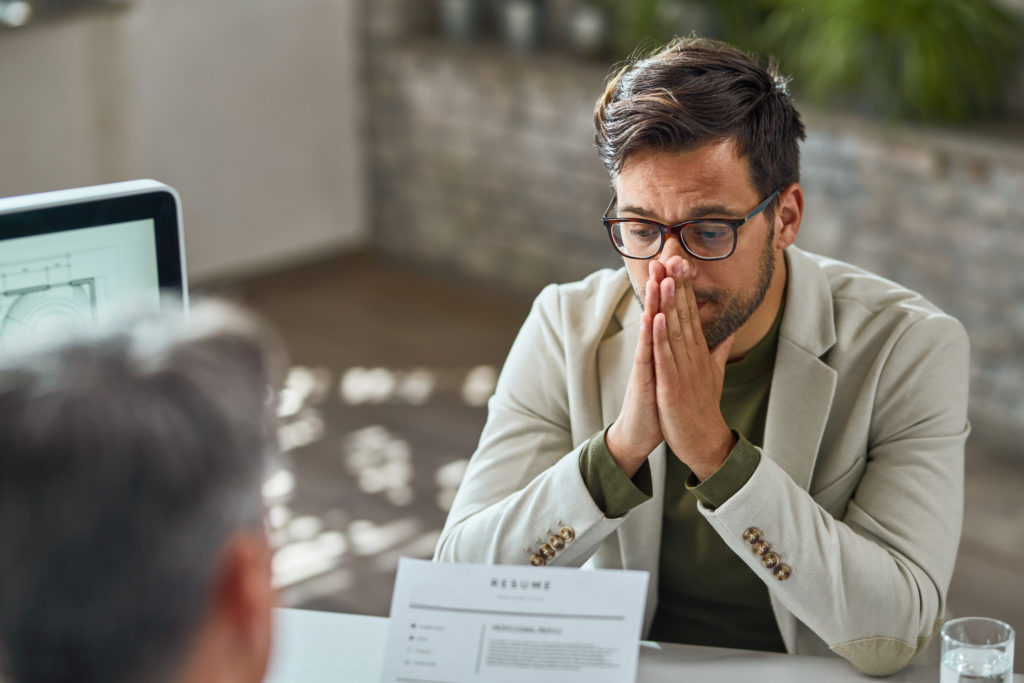 Can you overcome the time limits the job interview format imposes?

During a recent free webinar about storytelling in job interviews, a participant asked me, “How can job seekers keep their stories short but thorough?”

It’s true that stories told during interviews should be short. Ideally, they should be around three minutes.

Here are three creative ways to work within the limits of the job interview format.

First, strike out “thorough.” Thoroughness shouldn’t be your primary concern. Rather, your first concerns should be:

If you cover these three elements, the interviewer will ask for more, turning the session from a ping-pong monologue into a dynamic dialogue.

Second, focus on one main idea. During interviews, every story should have one idea. That’s it! Figure out what the story is really about and make sure it shines through.

Third, use simple props! My client, Rissa Reddan, talks about the first story she ever used in a job interview. The interviewer had asked her whether she could really execute an idea.

Rissa asked if she could show the interviewer a photograph. In it, she has her hand on the mane of a horse, who is calmly grazing. The horse isn’t wearing a bridle—just a makeshift rope halter held by a police officer who is standing nearby.

The story behind it? Rissa and her husband had been walking back from a music festival when they saw the horse cantering down the highway. Traffic had stopped. No one knew what to do. Suddenly, when the horse came around the corner toward her, she stepped into the street and grabbed the horse. She didn’t know anything about horses, and she was terrified, but she just felt like she needed to do something!

No one else was doing anything, she concluded. She had to step up. So, to answer the interview question—yes, she is an action-oriented person who can execute an idea.

The prop—Rissa’s photo—gave the story an intriguing beginning and sped the story along. The story set up the basic scenario, and she simply had to fill in details.

Props are often an excellent storytelling device. However, one word of caution: practice. The last thing you want during an interview is to fumble around on your phone or in your briefcase looking for the prop you need! 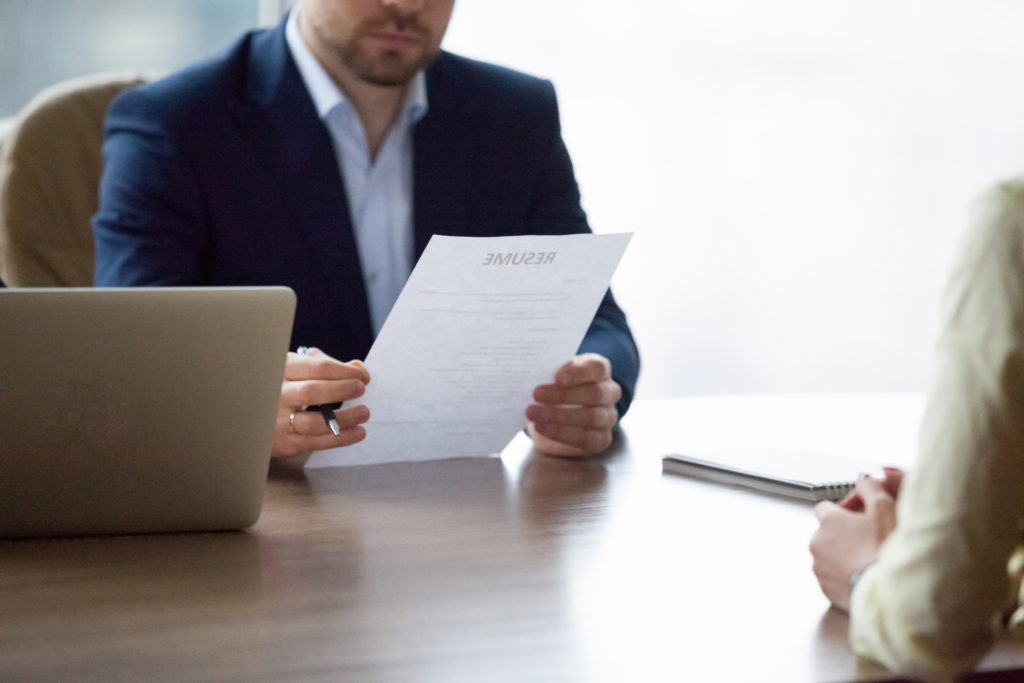 When you’ve been laid off

During Leadership Story Lab’s recent job search webinar, several people asked me questions along the lines of, “My position was eliminated—how do I present that in the most positive way possible during a job interview?”

Remember that what’s most salient to you is not most prominent to others. Yes, you should acknowledge your circumstances, but being laid off or having your position eliminated doesn’t need to hold such a big place in the interview. It’s a blip in the grand scheme of our universe!

When you do acknowledge your circumstances, you can choose how to frame it. Saying that you were “one of many,” is helpful whenever it’s true, as is a reference to your situation being directly related to the economy. Many hiring managers have sympathy for people who have lost jobs right now, and that presents an opportunity for job seekers.

When you’re seeking to grow

Other job seekers often find it awkward to explain why they’re leaving their current position. However, looked at from a different angle, this presents an amazing opportunity to intrigue the interviewer! Within the job interview format, you can use the “Three C’s” to create an intriguing hook.

To intrigue them through conflict, begin your answer with something like this:

To intrigue them through contrast, here is an example:

“You’re right. In my peer group, most others are in a good place, like me. Very few in a similar situation are looking for a job. So, why do it?”

To capture their attention through contradiction, try this:

“The best time to look for the next place in your career is when you don’t need to. I’m perfectly happy, but that’s the best time to start researching. Could I see myself leaving my current position? Of course—I wouldn’t be here otherwise.”

Conflict, contrast and contradiction are all ways to hook your audience within the confines of the job interview format. (I’ve shared more about crafting a hook using the three C’s in my book Let the Story Do the Work.)

3. The Limits of the Script

Many years ago I was interviewing for a position at the University of Chicago’s Booth School of Business. The associate dean was interviewing me, and he started off by singing the praises of a recent fundraising campaign at the business school.

I asked, “What would you attribute this to?”

He found the question interesting and went “off script” in order to answer it. He shared more specifics about the school, which not only made our conversation more genuine, it gave me a better idea of the institution I’d be working for. I also handed him an added opportunity to taut the school’s achievement!

So don’t be afraid to shift your role from storyteller to story collector as you interview for your next role. It’s a conversation—don’t hesitate to play an active part in shaping what the job interview format looks like. 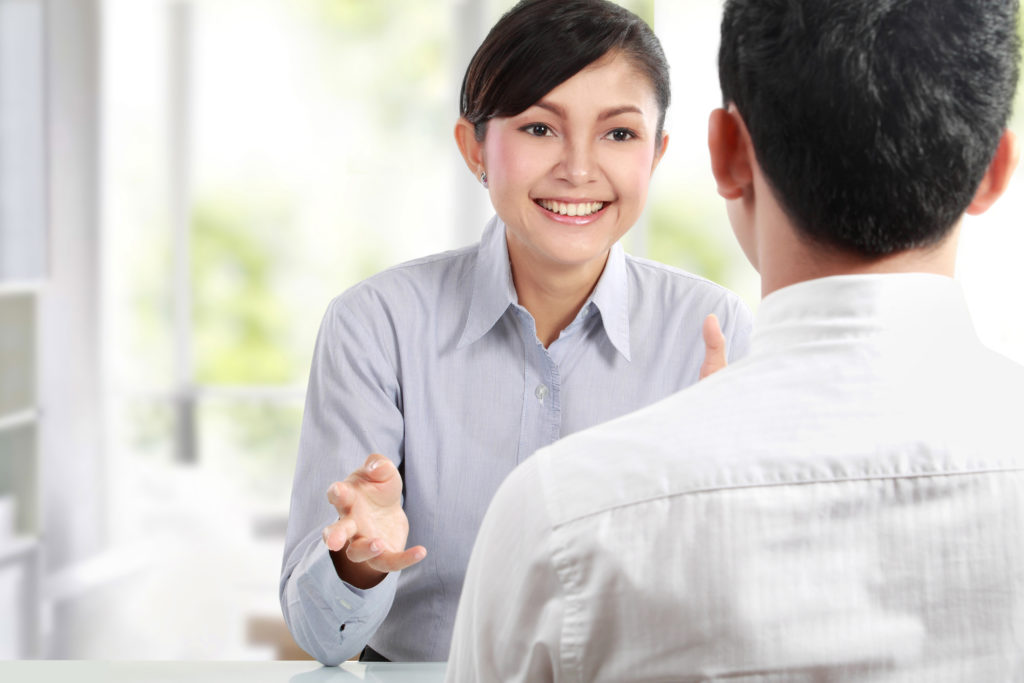 How many stories can you tell within the job interview format?

What if you happen to find yourself in the enviable position of having so many stories you can’t fit them into the job interview format? Job interviews force you to choose the best stories from your list. But how do you choose?

Storytellers need to spend time considering why they’re telling the story. Once you’ve done that, it’s easier to select the right story. Of course, listeners can take all kinds of things away from stories! Shaping a story with a takeaway isn’t an exact science. If the listener’s takeaway is unexpected, you have to adapt your script in real time.

And learning to adapt your script quickly is an incredible asset! Interviewers are frustrated with canned answers. They will notice when you truly listen and adapt and update the script—and they’ll appreciate it!

But what if the story that delivers the takeaway isn’t naturally all that surprising or suspenseful? Don’t worry. You can build up suspense through the strategic sequencing of events.

A recent participant in Leadership Story Lab’s “Storytelling for Job Search Success” webinar asked me, “How do I tell a story when I feel like I’m in the middle of my story? I’m not sure how to give it a satisfying end when there is so much up in the air!”

Not only that, recounting events in chronological order is not the same as telling stories. Sure, there are some answers you don’t know yet–but you also know a lot of others. 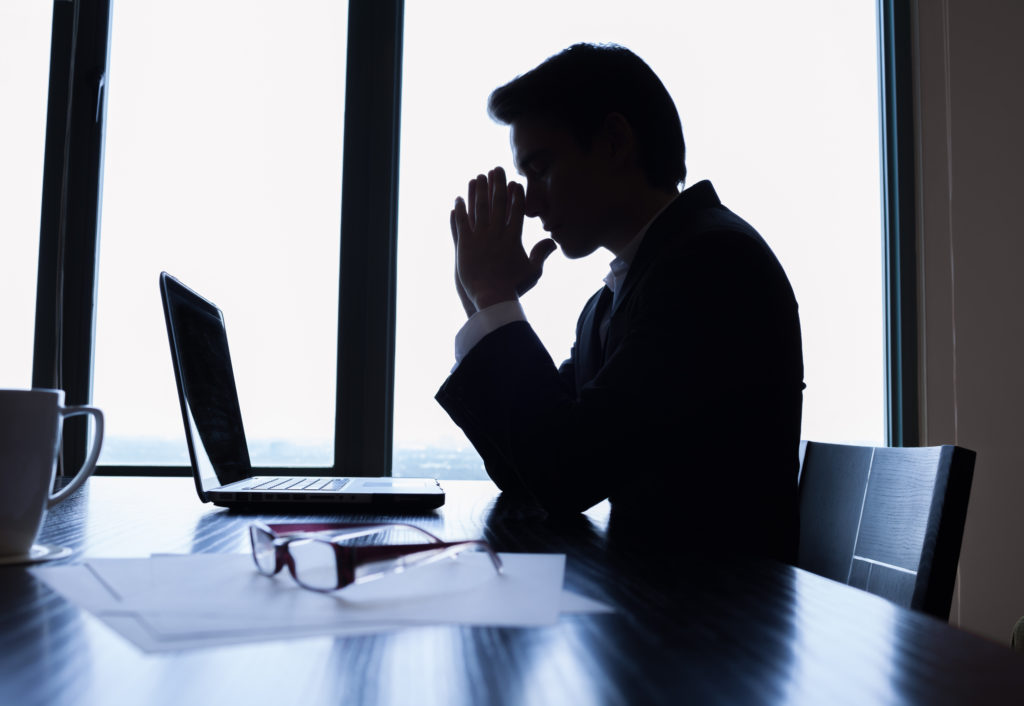 Are you emotionally prepared to tell this story?

Another great question from the webinar: “How do you make sure you incorporate emotion without letting the emotions sweep over you when you share?”

First, practice! Practice your story not in front of a mirror but with a real person. Don’t say, “this is what I’m planning on saying,” and then give an outline. Actually tell it! Do the emotions overwhelm you? Let that guide your decisions.

Second, ask yourself, “how do I want my audience to feel?” Does the story produce the right emotions? The kinds of emotions that will lead them to take the right steps after hearing your story?

A Storytelling Checklist For Job Interviews

There are more things going for you than you might have realized at your next interviews. The most well hidden yet obvious one is that constraints are a powerful tool you can use in your favor. Make sure you leverage it to the best of your ability! Let me know if I can help.