Made a Mistake? Here Are The 4 Best Professional Apology Strategies 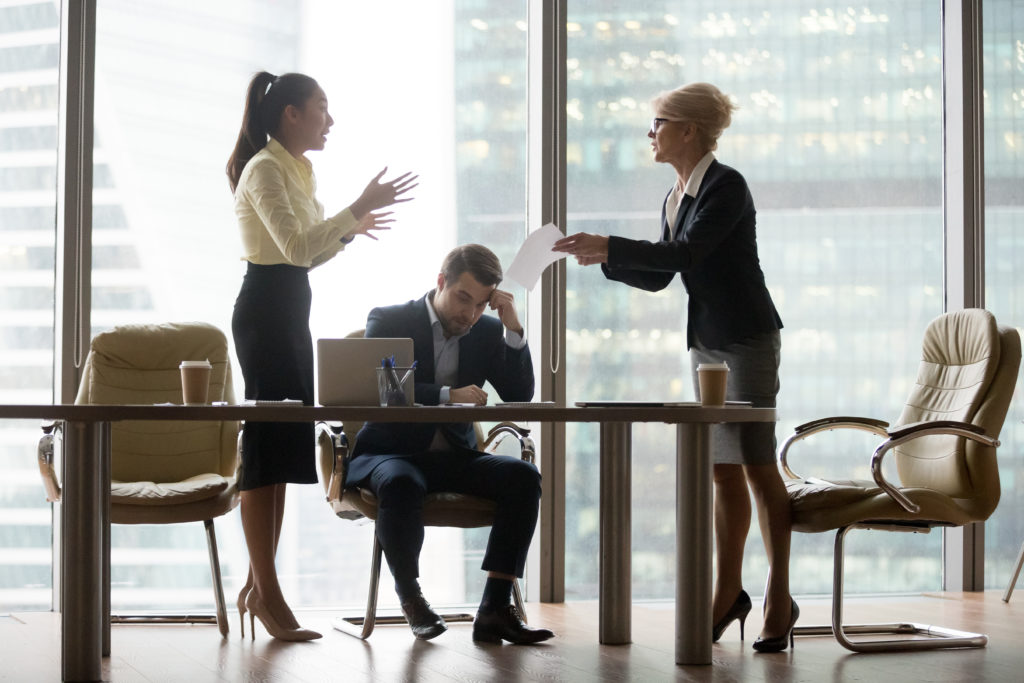 What happens when you move forward on a project thinking you have permission but you really don’t? That’s what happened to Moore DM Group, a fundraising marketing organization.

Understandably, the person who was quoted was upset. They wanted all 250,000 supporters to receive a retraction. So, Moore DM Group found itself having to be the bearers of bad news, never an enviable position.

I found myself in a similar position recently. For a training, a client requested that I incorporate three specific slides. Unfortunately, I only used one.

How did it happen? I did selective listening, instead of listening aggressively (face plant!). I thought as long as I conveyed the meaning behind the other two slides without actually using them, it would accomplish the same goals. Not an entirely unreasonable assumption, but I didn’t check with my client.

After the training, and because of a few other reasons compounding the situation, the client was very, very disappointed, to a point where I thought this would end the relationship for good. I needed to figure out an apology that would repair the mistake.

We’ve all faced situations where we’ve screwed up. How we communicate in the aftermath makes all the difference. Here’s what Peters did for Moore DM Group, and what I did.

“Think long term,” says Peters. “Yes, you just made a mistake, but a bigger mistake would be not owning up and offering to fix it. In the political world they always say, ‘it isn’t the crime that gets them, it’s the cover-up.’ Even if our client had terminated the relationship due to our error, we want to protect our reputation in the industry as having done the right thing.”

Too often, after making a mistake, we don’t think about preserving our reputation as someone who acts ethically; we simply want to preserve our self image as the kind of person who could never, ever make such an error, as Caroll Tavris and Elliot Aronson write in “Mistakes Were Made (But Not By Me).” Rather than fessing up, we begin to self-justify.

Self-justification – or, as I’d call it, “selective storytelling” – is the most dangerous kind of lying.  Tavris and Aronson say this is because you’re lying to yourself. Justifying an error “allows people to convince themselves that what they did was the best thing they could have done.”

Not only does self-justification begin a cycle of lying to ourselves, it short circuits our learning process. “We are forever being told we should learn from our mistakes,” say Tavris and Aronson, “but how can we learn unless we first admit that we made those mistakes?”

They summarize the numerous chilling effects of self justification: it “exacerbates prejudice and corruption, distorts memory, turns professional confidence into arrogance, warps love, and generates feuds and rifts.”

Wisely, Moore DM Group avoided self-justification. They agreed to the retraction and even went a step further by sending the retraction themselves, even though such retractions would usually come from a nonprofit’s CEO.

As for the error I made with the slides, luckily for me, I knew how to avoid the apology no-nos. I followed Karen Cerulo’s formula for “Optimizing Your Apology” pretty much to a tee:

The bottom line, according to Cerulo: “identify your victim right up front, then express remorse, and, if it’s possible, make restitution. That’s it. That’s really what people want to hear in an apology.”

2. Pay for the Damage

Sometimes the restitution Cerulo mentioned will be monetary. In the case of Moore DM Group, they paid to mail the retraction from Moore DM Group’s CEO to all 250,000 supporters, “explaining that it was our error,” says Peters, “not that of our client/charity, and that we hope that our error does not reflect badly on the charity.”

In my case, we offered several one-on-one and small group follow-up coaching sessions. The client was intrigued by this offer of restitution, even though ultimately they did not pursue it.

“Don’t be afraid to be straightforward,” says Peters. “The more it looks like you are avoiding blame or not being forthcoming, the less people will trust you and perceive that you acted honorably. Don’t parse your words or use legalisms. Most people can forgive and understand an error, but not when it is denied, hidden, or excused.”

I found myself wishing for more straightforward wording one summer when I carpooled with another family during a summer camp session. The other family drove to drop off the kids and the stroller so that I could take public transportation to pick them up. The stroller was needed because my youngest was too young to walk the distance from her camp to the bus stop. One morning, my doorbell rang and it was the father of the family.

He had the stroller in his hands and said, “The stroller didn’t make it.”

I was amused but unimpressed. Interesting, I thought, the stroller had a mind of its own and decided not to be dropped off at the camp? I thought of all the places I would need to cart the stroller around with me before arriving at summer camp to pick up my daughter.

Luckily, I only responded to the man quietly, in my head, but my esteem for this person dropped precipitously that one summer morning.

In short, Moore DM Group had proven their character––that they were trustworthy. And, as Peters knows well, “in the world of nonprofits, trust is critical.”

Showing their character paid off. Moore DM Group’s communication and actions after the error reinforced the trust that already existed between them. Before long, the nonprofit’s CEO used the story to demonstrate to the board that the contract should be renewed on the basis of character. In the end, the contract renewal “wasn’t about cost-benefit analysis or what services were being included in the agreement, it was about the idea that a trusted partner will always try to operate in your interest even when it hurts.”

In my case, not only did I follow Cerulo’s apology template, I pinpointed specific places where I failed. These were especially hard for me to digest because things like aggressive listening are what I preach… and where I failed. It’s easier to offer a general apology. But it’s much harder to point the finger at yourself and articulate ‘how’ you failed. Honesty, introspection, and full ownership of my mistakes are core values I hold and was able to convey through my response.

As a result, the client seemed satisfied, and after a month of brainstorming with her colleagues, she came back to me and proposed a new way of working together that’s actually my preferred way to do it. And. The project scope became much bigger!

When something bad happens and we know we have a part in it, we have to own up to our mistakes without even trying to justify anything. The takeaway, as my Certified Storytelling Facilitator colleague Luawanna Hallstrom puts it, is “Do you want to be right? Or do you want to be in a relationship with someone?”

Leaders will have to deliver many forms of bad news over the course of their career. Here’s how to communicate bad news when it involves your team.