Pause: How to Tell Riveting Stories By Doing Nothing

I can recognize a good story after listening to just a few opening lines. Two years ago, I was coaching my colleague, Reena Kansal, on sharing her experience with an Indian fortune teller. The story had all the right elements and it pulled you in as if you were a moth caught by the sight of a flame. 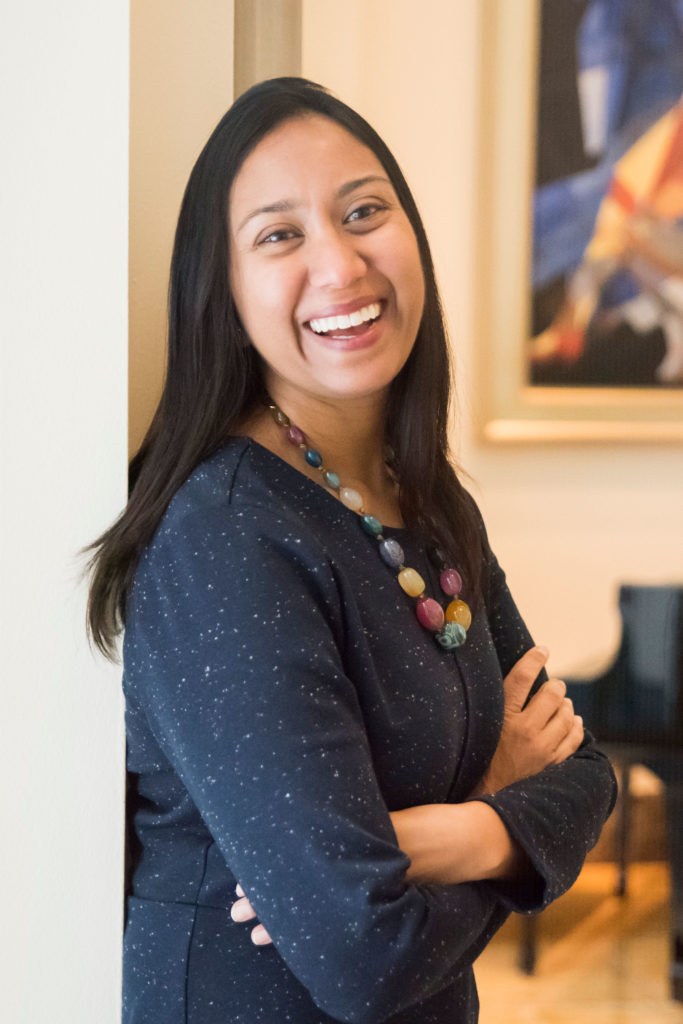 Reena was roped into seeing a fortune teller who lived three hours away from where she was staying in Mumbai, India. Once in the car, she realized that no one going on the trip with her knew if the fortune teller was actually working that day. When they arrived, a monk took her thumbprint and asked her to sit down and wait with her mom and uncle in an air-conditioner-less room in the middle of Mumbai summer. No one talked to them. They waited, and waited, and waited some more. Then finally…
I have watched Reena tell this story at our training sessions multiple times. No one looks at his or her smart phone. No one whispers to another audience member. Almost everyone stares at her with a slight frown, as if they are worried about her well-being. Their faces relax during the happy part of the story. When it ends, questions shoot at her like the climax of a New Year’s Eve fireworks show.
It’s a great story, so we use it often. And it always captivates, except for this one time.
Preparing for a routine training, we rehearsed the Indian fortune teller story again. This time, for some strange reason, the magic was gone. She was telling the exact same story: the same plot, characters, conflict, resolution, ending … everything. She was using all the same delivery techniques. But neither of us understood what made this time different. We thought we would take a break, step back, and re-evaluate if Reena should tell this story.
Then, a light bulb went off.
True enough, there was no major difference between this one training versus all of the others. But there was a minor one. Or at least we thought it was minor. Because of the way the agenda had to flow and all of the topics I needed to cover, I only gave her five minutes to tell the story, not the usual six and a half minutes. Reena’s story had already been edited and streamlined. With new time constraints, however, the first things that got cut were the pauses. All the silent moments—three seconds each—where she stopped talking and just looked at her audience were gone. And with them went the magic of the story.
“I am an engineer by training and a rationalist by birth.” Pause.
“We saw other people dressed like monks in the place, but no one talked to us.” Pause.
“How could he possibly know that?” Pause.
“Did he break into some kind of government database while we were waiting outside? … But, he doesn’t even have a phone!” Pause.
With each pause, Reena let her audience process what happened in the story. As she took a break from telling her story, she let each part of her experience sink in for her listeners. While she was silent, she was also prolonging the suspense—ever so slightly—leaving her audience to simmer with increasingly stronger anticipation.
Such is the power of the pause.
Placed strategically in your narrative, you can let your story work its magic organically. The key pair of words here are: strategically and organically. It sounds like a contradiction, but it works. Next time when you find yourself preparing to deliver a major presentation or story, don’t forget the power of pausing!
If you need helping figuring out how to strategically and organically include pauses, sign up for our resources newsletter packed with information on free events, tips and coaching sessions.
Audience Engagement • Leadership Storytelling • Presentations and Public Speaking • Uncategorized
Share on Facebook
Share on Twitter
Share on Linkedin
Share on Email