Telling Stories About Yourself: It’s NOT ME; It’s YOU! 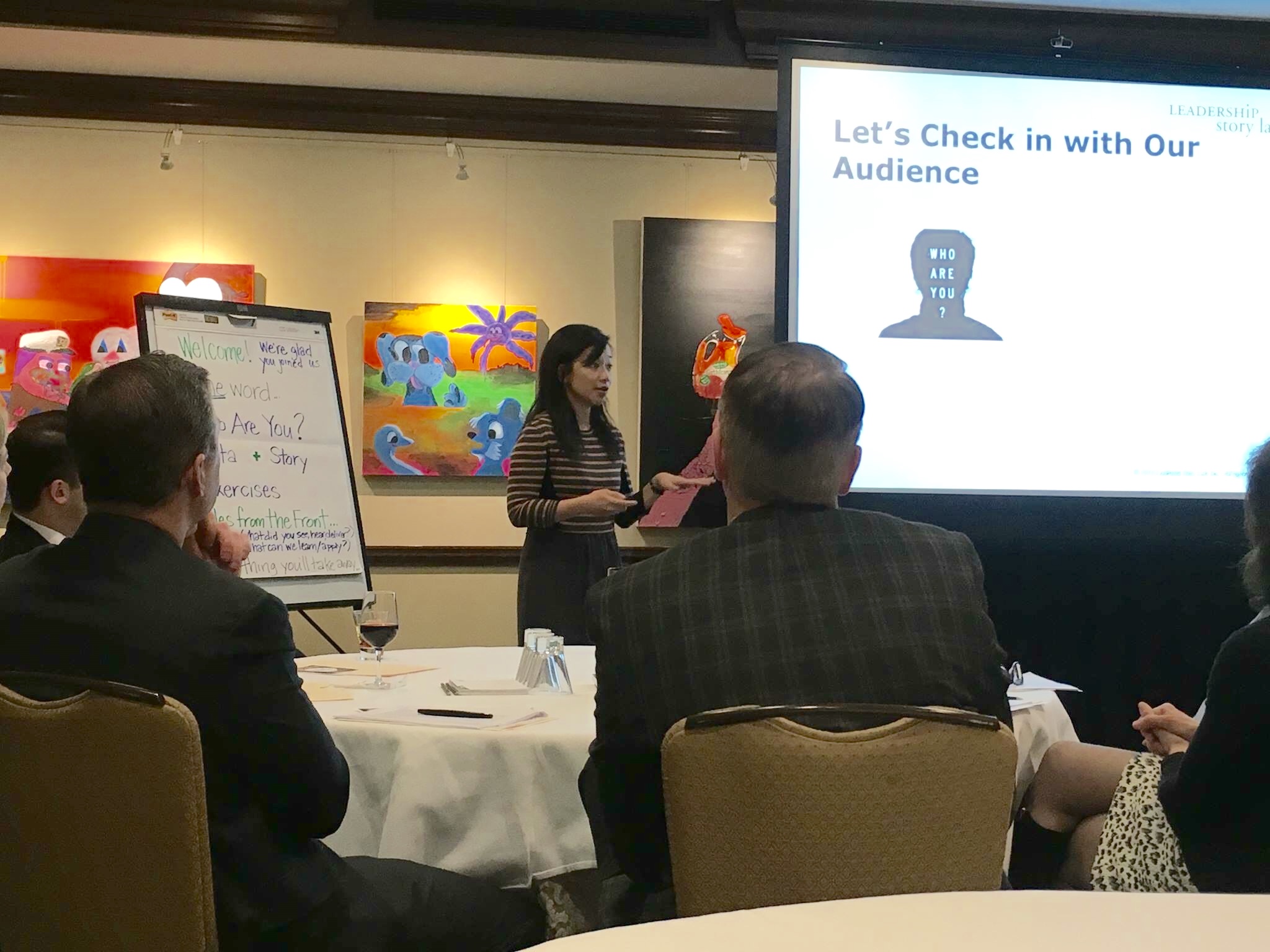 The story OF me isn’t ABOUT me. That’s good news when it comes to telling stories about yourself.

Of all the presentation, speaking, workshop, and training events I have been a part of, the most enjoyable segment is always the last: the Q&A. No matter how interactive and engaging the events have been, it’s when the audience gets to speak their minds and ask questions that things get good.

Last Thursday’s Speaking Society meeting was no exception. Attorneys, real estates agents, medical professionals, and engineers packed the room to find out how to “Start the Year Without Fear: Moving from Dread to TED.” However, this time, I found I didn’t have a complete answer to one of the fair and basic questions I was asked.

Someone approached me after the event was over and asked, “Esther, you said that ‘The Story OF me isn’t ABOUT me.’ Can give me an example?” 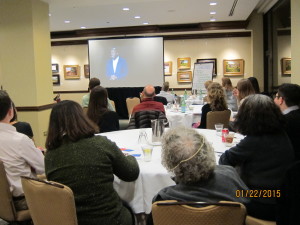 I didn’t offer him an answer about telling stories about yourself that I was happy with. But after giving myself a bit more time to think about it, a great example of telling stories about yourself came to mind. And I’d like to offer it here to everyone interested in learning the one and only rule you need to keep in mind when crafting compelling stories. First, let me give a bit of context to why I challenged Speaking Society attendees to think about how “The Story OF me isn’t ABOUT me.”

Our first topic of 2015 was “Start Your Year Without Fear.” Telling stories requires us to speak in front of a crowd. To many, the very thought of standing in front of people and delivering a compelling story invokes nausea. As Kelly Standing and I led the discussion, we emphasized that a key factor in being at ease, authentic and persuasive is to put the audience first. It’s NOT about me (the storyteller); it’s about YOU (the audience)!

The key to persuasion lies in whether your audience can relate and see themselves as a critical part of the story.

Here’s an example I told many years ago at a speaking engagement.

“When I was about to finish graduate school, I had an opportunity to interview for a faculty position at a major public university. As a 24-year-old non-academic, to have a shot at a faculty position both energized and scared me to death. The interview was a full day starting at 7am. I would meet with staff, faculty and students throughout the day. I would also deliver a presentation on my strategic plan to retain minority students at a land grant university located far from any major city.

I spent every minute of my spare time preparing and slowly I felt more and more at ease mentally. My body, however, felt weaker and weaker. I had no obvious symptoms. It was just this achy exhausted feeling that I carried with me. I kept telling myself that it was nothing; that it was the stress of the interview preparation that made me feel sick. “I am definitely not sick,” I managed to convince myself. The morning of the interview, unfortunately, I was proved wrong.

After flying ten hours to the interview site, I tried to get a decent night sleep. The next morning I woke to a loud hotel alarm clock and a thick mental haze. As I wiped away the fog on the bathroom mirror after a shower, I saw an intruder. She had wet messy hair. She looked pale and sick. AND. She had dense red dots covering her entire face and body.

It took me a few minutes to realize that the intruder I saw in the mirror was me. What were those red dots doing on my face?!

A trip to the emergency room confirmed that I had chickenpox. The interview was called off. The presentation I had spent countless hours preparing? Useless! My chance at a faculty job? Gone!

After the ER, I was lying in bed not watching the movie blasting at me and something clicked. Call it divine intervention or a sudden moment of clarity. Instead of feeling ill about the virus my body had been fighting, I felt far more disgusted by the fact that all of my time and effort was going to go to waste.

So I picked up the phone and asked the head of the search committee to let me interview with whomever was willing to speak with me. It was already late in the morning, and there wasn’t much time left to re-assemble the interview schedule. But he said he would try.

I looked hideous. My conservative suit covered everything from the collarbone down, but no amount of make up could conceal what I had on my face and neck. So I didn’t use any. The strange thing is, when I felt like I had nothing to hide and no reservations, I spoke with conviction and authenticity. Instead of feeling self conscious about how I looked, I focused on my interviewers, their faces, their body language, their questions. Of the eight interviews originally scheduled, three were salvaged. The search committee clearly did not have enough to make their decision, I thought. The job was gone. But I had my shot; I did my best.

One afternoon two months later, I was sitting in my apartment and the phone rang. I picked it up. It was the head of the department I would’ve liked to work for had I had the chance to complete my full day of interviews. After some small talk he said, “Esther, we would like to offer you the job!”

At this point in the story, I have three options:

1. I could end the story right here. Or,
2. I could say a bit more about how I persevered.

Option 1 leaves the audience with no intentional take away.
Option 2 asserts the storyteller’s personal positioning, which is “I am the kind of person who faces down obstacles fearlessly.” This is an intentional take away, but it is self-serving. It’s about ME not my audience. This leads us to Option 3.

3. I could say something like “Next time you find yourself in a seemingly hopeless situation, even if you think nothing will make a difference, throw yourself into it anyway. Trust yourself; trust your higher being. If you have done your very best, you won’t have any regrets. AND. Good things will eventually come to you.”

Option 3 offers the audience a way to relate to what otherwise would be someone else’s job interview experience. It turns telling stories about yourself (the storyteller) into a story about me (the audience). This story becomes compelling not only on its own merits, but because YOU are a part of it.

For a visual and brand-related example, check out this ad by P&G. Why would P&G and the agency make the ad about moms? If you were in standing in P&G’s shoes, how do you justify an investment in an ad campaign that only features their products in less than a second? We would love to hear your thoughts and insights!

Note: Speaking Society is held every fourth Thursday of the month at the University Club of Chicago. Everyone is welcome. Sign up for our  resource newsletter and join us as our guest! 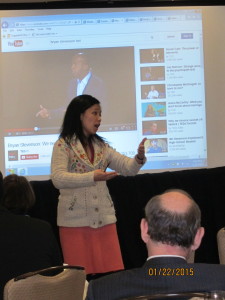