Storytelling In Marketing Requires These 4 Tricks 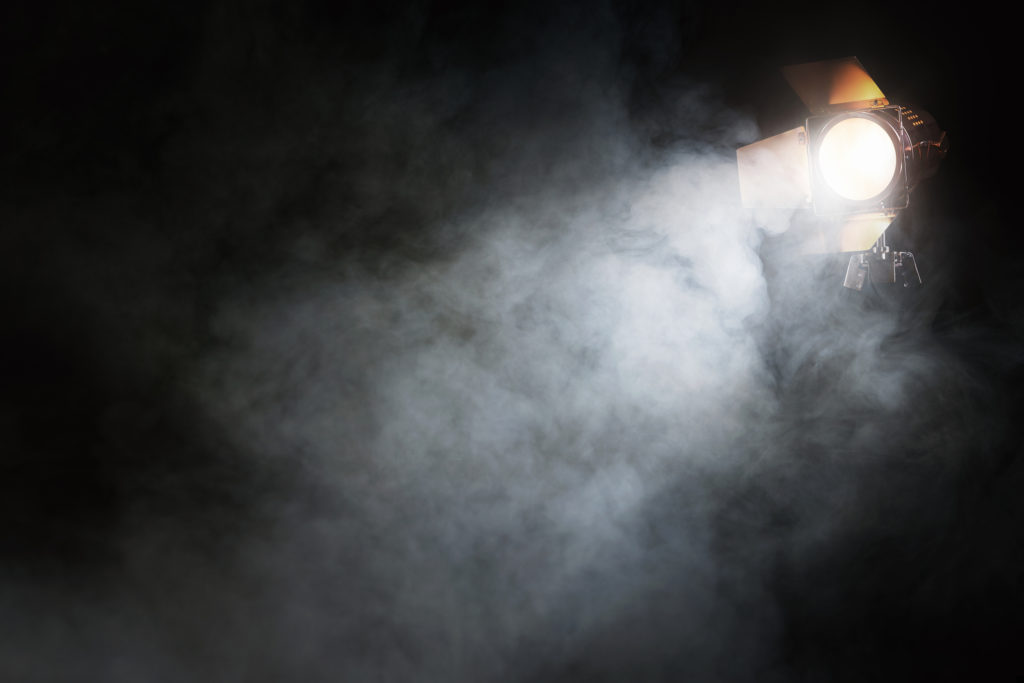 Know your audience. We say that a lot here at Leadership Story Lab. So I was impressed recently to hear the lengths to which award-winning filmmaker Marc Fienberg once went to get to know his audience.

Marc was working on his independent film “Play the Game,” starring Andy Griffith and Doris Roberts (of “Everybody Loves Raymond” fame). He invited friends to private screenings. After key scenes, he paused the movie and asked the viewer to describe how the scene made him or her feel. At this pace, it took five hours to get through a 90-minute movie. If he owed every volunteer a beer for every fifteen minutes, he would’ve had to buy 10 kegs!

What did Marc learn from this? He had feared, throughout the screening, that his audience would not understand the messages he wanted to convey. Would they see what motivated his characters? Or what theme tied the story together? But after the screenings, he realized he had to tone things down because people thought he was giving too much away.

Where he thought he was being subtle, his audience felt like he was spelling things out for them. Ever since, he has concluded: “You are not as subtle as you think you are!” And honing the film based on audience feedback paid off. “Play the Game” was the third most successful independently distributed domestic feature of 2009, and won audience choice awards at three major film festivals.

But Marc Fienberg is not just an award-winning filmmaker. He’s also a savvy marketing consultant with a twenty-year track record of successfully building and marketing new businesses and products. He’s found that what’s true for movies is often true for marketing. And keeping messages subtle is not just a hallmark of fine filmmaking; it’s needed for fruitful storytelling in marketing as well. While wearing his marketing consultant hat, Marc finds that many of his clients worry that customers won’t “get it” unless they communicate their message overtly.

But Marc knows that when it comes to storytelling in marketing, a lack of subtlety can be a huge turnoff for potential customers. Why? Because interpreting subtle cues is actually part of what makes a story enjoyable.

Suppose you’re marketing life insurance, an ordinarily “dry” topic. You want to tell a story with emotional impact by moving the main character from feeling worried, without life insurance, to secure once he or she has coverage.

“You have five seconds at the beginning of the commercial to convey this,” says Marc. But does that mean the character should get straight to the point and say, “Boy, I feel worried about life insurance”? Of course not! Much better, says Marc, to have a woman look at her financial planning spreadsheet and grab her head. Or have a father look out the window at his kids playing, and instead of looking happy, he’s grimacing.

Lack of subtlety is just one of the pitfalls for storytelling in marketing. Marc has learned to help companies avoid as a marketing consultant. Here are four others he notices as he advises companies on marketing their products.

1. They Focus on Features, Not Benefits

In initial conversations, clients want to tell Marc all about their product’s features. So he starts there, learning details about how the product works.

But that’s not where he ends up. When his clients tell him about features, he asks them, “Why is it so great?” and then, when they tell him why the feature is so great, he asks, “Well, why is that so great?” He is looking to get to the problem their product solves. How does it change the consumer’s life? Does it bring them security? Will it save them time? The ultimate benefit– rather than the features—will be the focus of the company’s ad.

Marc comes from “the world of data mining,” he says. So, being very data driven, he decided to analyze the top 100 movies before putting his own film out into the world. He wanted to find out what they had in common. What made people love them? Was it genre? Setting? Director? At first, he couldn’t find any correlation at all. But, thinking about it, he noticed that what was extremely correlated was that they all had an amazing story. And these amazing stories all had two things in common.

First, they all had characters that audiences cared about. If audiences feel indifferent toward the main characters, that’s a big problem.

Second, endings. You can erase a bad story with a powerful ending, says Marc, or undo the whole story if people don’t like the ending. The top 100 movies, he found, all had endings he couldn’t stop thinking about. Like these top 100 films, ads also have to create an emotional impact. Think of the ads that have gone viral. (Here’s a great end of the year list from 2016.) All of these ads have an emotional impact, leaving viewers laughing, crying or inspired. That’s hard to do in a short commercial, much less a photo or short write-up, so it takes some creativity. Marc recommends figuring out the emotion first, and then crafting a character who can naturally express that emotion.

3. They Don’t Tell the Right Story to the Right Audience

It’s important to tell a story, but even more than that, Marc advises, you have to tell the right story to the right people. Maybe they are most concerned about security but you keep telling them stories about price. So it’s important to take a good look at what customers want and craft stories to match.

4. Their Storytelling In Marketing Is Not Data-Driven

Too often, company marketers assume that they are their customers: that all customers are like them and use the product the same way and for the same reasons. Marc compares them to film directors who are making artsy films for themselves and the “very few who share the same concern.”

As a marketer and as a filmmaker, Marc wants to impact as many people as he can. Sometimes he has even sacrificed sections of his stories that he loved—because it wasn’t reaching his audience.

So Marc encourages companies to go to the data. If you’re marketing software, see if your IT department’s stats prove that what you think is the best feature reflects how customers are really using your software! Storytelling in marketing is about telling the right story to the right audience, focusing on the end result of using the product, and giving the audience the satisfaction of following subtle clues—all this will strengthen the stories you are telling.

Sharing the best stories you possibly can is crucial. After all, people are more than 20 times more likely to remember a story than just plain facts. And, as Marc points out, this doesn’t mean it’s 20 percent more likely—but twenty times more likely! Storytelling in marketing, then, could make the difference between an audience being drawn to your product or forgetting about it within minutes.

Why Is Leadership Storytelling So Powerful?

5 Quotes to Help You Connect with Anyone

My new book, Let the Story Do the Work (published by AMACOM BOOKS), is now available!