Why Women Must Tell Their Stories 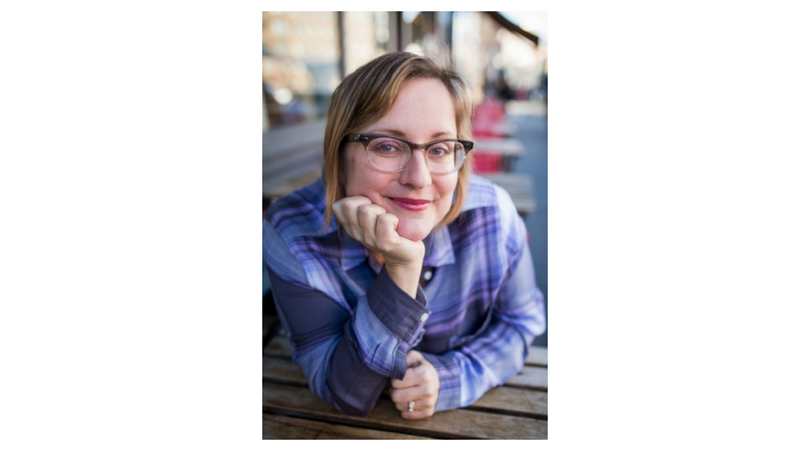 This guest blog about leadership storytelling for women was written by Amanda Hirsch, founder of Mighty Forces. We met Amanda when she interviewed Esther for Leadfully in 2016. Opinions expressed by our contributors are their own.

I know so many women who introduce themselves as though they are apologizing for something. When I’m one-on-one with them, they sparkle. They glow. But then a stranger asks them, “What do you do?” and it’s like the lights go out. No more glow. No more sparkle. They mumble their answer, throwing it away— apologizing, it seems, for taking up your time.

It was about five years ago that I started noticing just how allergic other women are to anything that feels like self-promotion. I befriended a health care executive who felt self-conscious about having her own website, even though she’d founded a series of companies all designed to make people’s lives better. “What if someone hears you speak?” I asked (she did a lot of public speaking). “Let’s say they’re so inspired, and they Google you, and they have to go hunting and gathering across a bunch of different websites to figure out all the related projects you’ve worked on?” It was only when she realized that her lack of website was effectively a roadblock to serving others that she opened up to the possibility of launching a site.

In other words: We’re fine talking about ourselves when it’s about helping someone else. But not when it’s about helping, or even just being, ourselves. I have a friend who teaches at a very prestigious university. We chat sometimes, on her morning commute, about the misogyny she encounters in those hallowed halls. I coach her on telling her story. And this fiercely intelligent woman asks me, in a small voice, “Won’t it seem like I’m bragging?”

To say what we are capable of feels, to us, like bragging. Telling you who we are feels like we’re trying to be more than we are. It’s like there’s an unwritten playbook telling us to take up as little room as possible.

I don’t know why this is. But I have a suspicion that it’s due to the patriarchal world we live in — a society dominated by corporate media and advertising telling us to be small, physically, and to live small, making sure never to bother anyone, ever, about anything. In mainstream TV and movies, with few exceptions, women still exist to further men’s storylines, whether as love interests; twinkly, one-dimensional sources of inspiration; or victims in need of saving. It’s not such a leap, I suppose, that we’d internalize that message, and feel unworthy of having our own storylines in real life.

And so we shrink. And so we maintain limp LinkedIn profiles, because who are we to make strong declarations about who we are and what we’re capable of? And so it’s only a select number of our colleagues who get to witness our brilliance, because we don’t want to be known company-wide or industry-wide or, god forbid, worldwide, because who are we, to take up your time and attention? Who are we, to impose? As if being, let alone declaring or describing our existence, is imposing.

As I said, I started noticing this pattern of behavior about five years ago, which is also about the time that I became mother to a little girl. The timing is not coincidental. Motherhood has blurred the lines for me between the personal and the universal. Now what happens to any child feels like it happens to my child, and what happens to any woman is what happens to my girl. I will not sit idly by and serve her up into a world that asks her to shrink.

This is why I launched Mighty Forces, a company devoted to helping women tell their stories. And it’s why I’m getting an MFA in TV writing, so I can help change the way women’s stories are told in popular culture. I’ve come to believe that knowing how to tell your story is an essential form of literacy. My vision is of a world where more women tell their stories, becoming role models for my daughter and for little girls everywhere.

As I say on my website, if the #metoo movement has shown us anything, it’s that women’s stories are a powerful force. And yet, we are more than just characters in abusers’ stories. We are protagonists, crafting — and sharing — our own narratives. It’s time.

How Female Leaders Can Tell Better Stories About Themselves

Amanda Hirsch’s career is all about leadership storytelling for women. Her company, Mighty Forces, helps women from seasoned executives to recent college grads talk about themselves online and beyond. Amanda recently completed her first original television script and aspires to work as a TV writer so she can help fill popular culture with authentic, smart, funny stories about women. Previously, she spent over a decade as a content strategist for organizations like NPR, TED and the George Lucas Educational Foundation; before that, she was the editorial director of PBS.org. Amanda graduated Phi Beta Kappa from the University of Pennsylvania. She lives in Brooklyn with her husband, daughter, and high-maintenance rescue pup. You can follow her on Twitter @Amanda_hirsch.