Major Donors Want You To Break This Fundraising Taboo 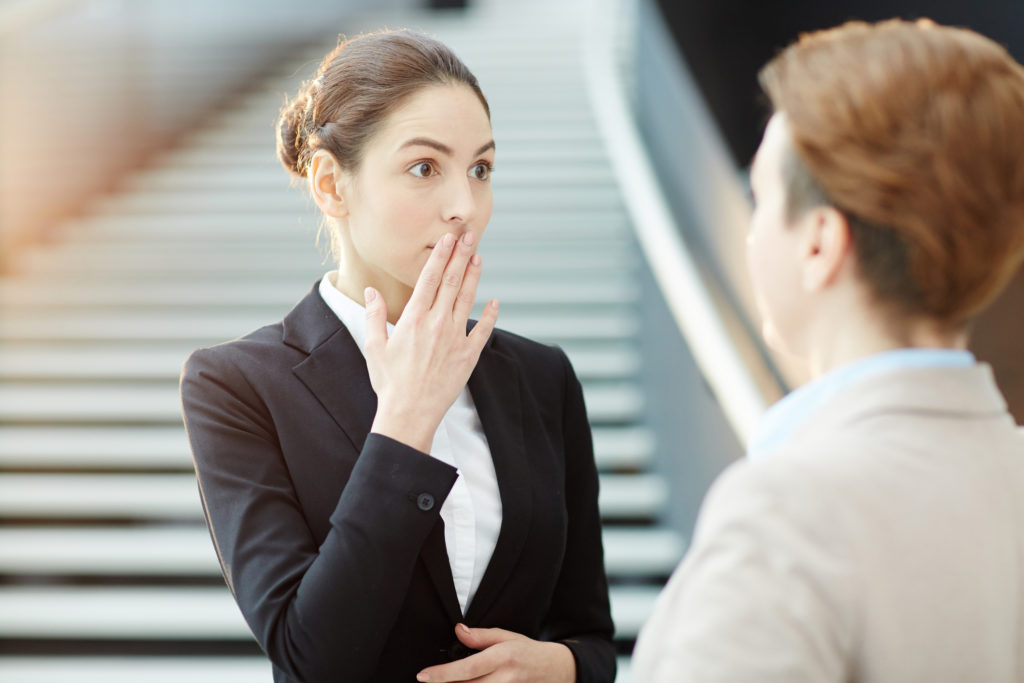 Telling your own story doesn’t have to be a fundraising taboo.

The flip side of knowing your donor’s stories is being able to tell your own story.

I know. This is a total fundraising taboo in nonprofit circles.

Nonprofits are all about the cause and the clients’ stories, not the employees’ individual stories. This is particularly true for employees whose backgrounds are dissimilar from the clients they serve––for instance, if they work for a domestic violence hotline but have never had to experience domestic violence firsthand.

It’s true, as a major gift officer, you are not the main character, but you’re not an invisible courier either.

You should know your own story, for the donors’ sake. For a quarter of the donors I interviewed for my recent study on first-generation wealth creators (FGWs), the default definition of the word “fundraiser” referred to events, not people. When asked to think about the definition of fundraisers as people, this group couldn’t recall specific names of fundraising professionals they’ve worked with.

Donors need to know why you care about this cause and the organization. They see a lot of churn at nonprofits, so they want to know, “will you stick around? And if you do, are you someone I’d enjoy talking to? Or, do I feel like I’m an implicit human ATM? Above all, do I trust you?”

Here’s a powerful example of an ambassador whose personal investment showed that he cared about the cause.

During “Inside Out: A Conversation About Wealth and Philanthropy,”  a recent webinar my firm co-sponsored, my colleague Bob Fealy told the story of being on vacation in Maine and losing a cap on his tooth. He made calls, trying to find a dentist, but was turned down because he wasn’t a patient. Finally, he found a dentist’s office willing to see him, and the dentist himself greeted him at the office door. Bob’s tooth was fixed in ten minutes.

“Well,” said the dentist, “it’s actually a day that we’re closed, so I can’t take any money… Why don’t you just make a donation?”

It turned out the dentist was part of a nonprofit that provided dental care to children who would otherwise not receive any.

That mission went straight to Bob’s heart. “I have a mouth full of metal in my teeth,” he says, “because I grew up very poor. We couldn’t afford to go to dentists.” He promptly wrote a check for $1000, and then went home and told his wife they needed to support this charity!

The dentist lived the story. Clearly, he believed in the importance of his work. Why else would he agree to work for a non-patient on a day the office was closed? Bob got to see the dentist’s work in action: greeting him at the door and completing the dental work efficiently and expertly. He could sense the dentist’s care.

True, the dentist did not tell his own story in so many words. But some fundraising executives dare to break the fundraising taboo and share their own story. I look to Tyson Voelkel, President and CEO of the Texas A&M Foundation as an example. His life story includes two tours with the US Army in Iraq, his parents’ unlikely story and his own philanthropic journey. He frequently shares these aspects of his life story with donors. He models the behavior he wishes to see in others and oozes inspiration for how much more potential philanthropy can yet live up to.

Takeaway: those who work for nonprofits should leave a way more personal and memorable impression on their donors.

When fundraisers know the story of why they work for an organization, it shows. Maybe they will sense that a donor wants to hear their backstory; maybe they will simply live the story in their own ways.

Despite the fact that a quarter of FGWs I interviewed considered fundraisers their “friends,” 100% of them said they do not level with the fundraisers they interact with. Why not? Because the donors only saw them as representing the financial needs of the institution.

Take-away: Fundraisers can elevate themselves above and beyond people who represent financial needs, however dire and legitimate those needs are.

Fundraisers can be advisors to major gifts donors. During the webinar, philanthropist Lisa Greer, author of Philanthropy Revolution, shared how one fundraiser became an important advisor.

Greer wanted to address food insecurity in Los Angeles, where her family lives. She had learned that midway through each month, the food supply at food banks ran low. So she called up an organization that worked with many food banks in LA, and asked to have a conversation with one of the fundraisers who had a great reputation.

“How can I feed everybody who’s hungry in LA for three months?” Greer asked. “How much would that cost?”

The fundraiser’s honest reply was, “I don’t know.” She loved that he was human enough to admit this, and that he took time to gather the necessary information.

In their next conversation, the fundraiser told her he had the answer, though a cryptic one. “The answer,” he said, “is that I’m not going to tell you.”

Greer was shocked. Why wouldn’t he tell her?

“I’m not going to tell you,” he said, “because it’s not sustainable. This is an ongoing problem, and if you figure out how to feed people for three months, it’s still going to exist.”

He advised her to consider a better, more sustainable option that he then proposed.

If fundraisers are mere couriers or replaceable messengers, why should donors see them as advisors? Lisa trusted this fundraiser because his reputation preceded him, and because he had the guts to tell her two things: “I don’t know” and “no.”

The One Category of Major Donors Fundraisers Can’t Miss

An Honest Conversation About Wealth and Philanthropy