The Storytelling Secret To Being Concise 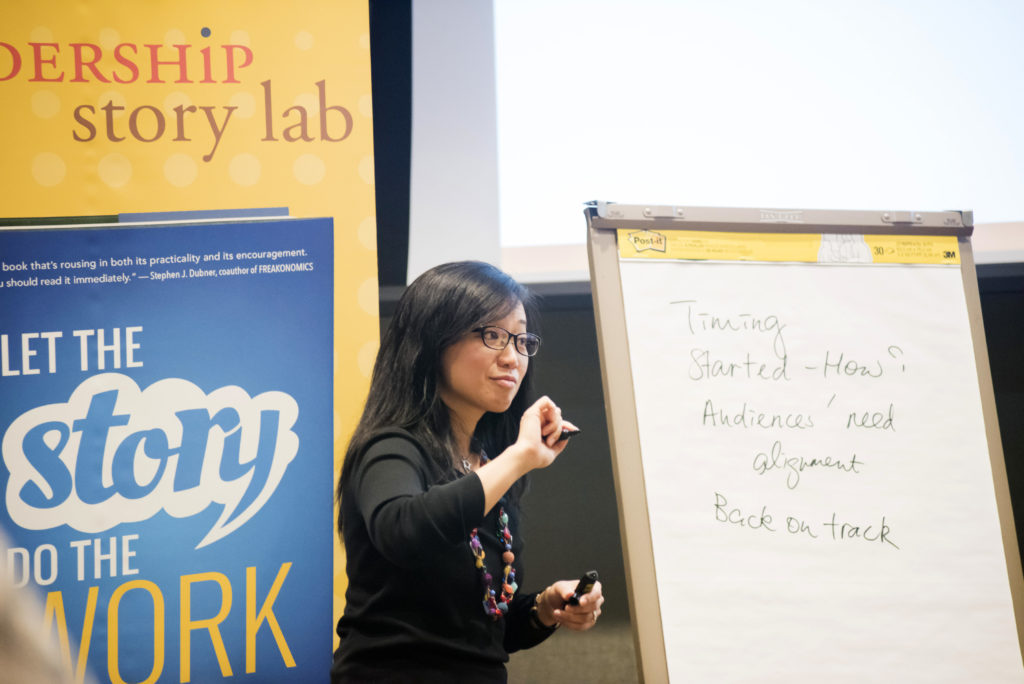 Finding the story is the secret to being concise.

You’ve been working on a project for two years. Now you have ten minutes to explain it to a cross-functional team.

Or you’ve developed a life-changing product and want to reveal all its complex facets. Your audience doesn’t have a clue how it works. You have five minutes to teach them.

Every day, leaders face situations like these, where we have to transform an abundance of complex material into content that intelligent outsiders, cross-functional colleagues and busy executives will remember. Making it stick means generating great content and then—almost always—mercilessly trimming it down.

Here are five tips for succeeding at this.

Recently, Robert Pasin, the CEO of Radio Flyer, gave me a huge chunk of his time—two hours—as I interviewed him for my new podcast with Kellogg’s John L Ward Center for Family Enterprises. Our long conversation was brimful of meaningful stories, reflections and advice. Far more content, in fact, than I could ever use. I had to turn 120 minutes of conversation into thirty minutes of audio.

Whenever we face such time limits, it’s tempting to think, “how can I cram in as much as possible?” Or—slightly better— “how do I prioritize the material?”

Scrap both of those questions.

Instead, ask, “out of the material I’ve gathered, what would make an intriguing beginning that would naturally flow to a riveting middle, that would lead to a satisfying ending?” (For more on how to use this three-act structure, see my annotated story example.)

If you can find a hook and identify the takeaway, you can cut anything that’s not needed to get from the hook to the ending.

This also breaks the “curse of knowledge.” Chip Heath, Professor of Organizational Behavior at the Stanford Graduate School of Business, describes the curse of knowledge this way: “When we are given knowledge, it is impossible to imagine what it’s like to LACK that knowledge.”

However, by considering what will hook your audience and what you want them to understand when they leave, you can start to see your material anew and remember what’s most interesting and important about it.

Whether you’re shaping a podcast episode, presentation, pitch or a story you’re telling in a job interview, “IRS” is an easy-to-remember story format that will serve you well:

Faced with far more material than we can reasonably use, we must start with the story. It’s a powerful light to lead us through thickets of information.

2. Recognize a Great Hook… And Don’t Mess It Up

Memory, attention, emotion and imagination all work together to transport us into stories, a study from the European Journal of Marketing found. The study reviewed participants’ brain activity as they were shown narrative videos. The researchers concluded that “marketers should attempt to gain focused attention and invoke emotional responses, working memory and imagination to help consumers become narratively transported.”

So, if imagination and attention work together to bring your audience into the world of the story, then it’s crucial to start with a good hook.

Easy, right? Well, not only must storytellers must recognize a great hook when they see one, they also need to not mess it up by adding too much information.

A hook has to be concrete. It should have a specific time and place. Because I was on the lookout for a concrete scene to hook the audience, I knew right away when Pasin handed me the right content.

He told me about his first day on the job. He was 23, and he was called into his dad’s office to meet a man he referred to as “red-faced Jerry,” who kept repeating the phrase: “You have no cash. You have no cash.”

Doesn’t get much more specific and tangible!

However, the trick for turning this story into a hook was knowing when to stop. Pasin told me how he responded to “red faced Jerry,” and what Jerry realized based on this 23-year-old kid’s response. Including this whole story would have broken the tension. So I left the listener wondering what in the world Pasin said to red-faced Jerry. Eventually, I revealed it, but not in the beginning!

The middle of a story is often the longest portion, and it’s also when attention dwindles.

“Tension,” says my colleague Bryce McNabb, a documentary filmmaker, “is what will get you attention.”

Pasin shared many stories of tense moments, including his biggest fight with his dad. So guess where those stories went? In the middle.

A satisfying ending connects the dots. In the episode about Pasin, I ended with his reflections on who he is as leader.

Granted, a lot of times, a leader’s reflections on their leadership will be snooze-inducing rather than satisfying. I blame the interview questions, not the leader.

Leaders at Pasin’s level are often asked, “What’s your leadership style?” or “What is your philosophy of leadership?” CEOs know the answers to such questions as well as they know their standard morning coffee order.

Smooth answers sound professional, but they’re canned. We can do better. We must ask creative questions whenever we want to generate attention-grabbing content. That’s true whether we’re asking an expert or asking ourselves questions as we sift through dense material.

In the case of this podcast, I asked Pasin questions that appeared to have nothing to do with leadership. One of them was a question I first heard on the Freakonomics podcast: “What was something you believed to be right for a long time, but then changed your mind?”

Pasin’s response: “I’ve always loved that saying, ‘follow your passion’… but as I’ve gotten older, I feel like there’s a little bit of a spin on that, and I think it’s probably more important to follow your purpose, which can take a while to figure out.”

This insight brought us close to where we started, but with a twist.

As a 23-year-old confronting “red-faced Jerry,” Pasin had realized that Radio Flyer was in trouble. This confrontation led him to his purpose: to transform Radio Flyer “from a company that was really on the decline to a company… that would live out the potential of the Radio Flyer brand and what it means to people.”

That purpose became his passion.

And that was a great way to bring the entire episode to a satisfying close.

If you really want to engage your audience, prepare for a lot of sorrow behind the scenes. Cutting great material hurts.

My most painful decision was cutting the story of Pasin’s grandfather—the founder of the company! Not only was his story one that embodied the American dream, but also… how can a family business not share its founder’s story?

When you’re faced with length or time constraints, you have to consider, “what is the story that is most in service to the audience?” In Pasin’s case, I had to fit the material to the podcast’s mission: showing how family business leaders navigate epic transitions.

Once I considered the podcast’s mission, I didn’t feel that I did any disservice to Radio Flyer’s story. Understanding your mission helps you make these tough editorial decisions.

In the end, delivering great content is not just about the content itself, but about how the audience receives it. What doesn’t connect gets lost forever, no matter how good it is.

Listen to the finished podcast here or on your favorite podcast platform.

3 Basic Storylines You Should Be Using in Business Contexts

This story originally appeared on Forbes.com.