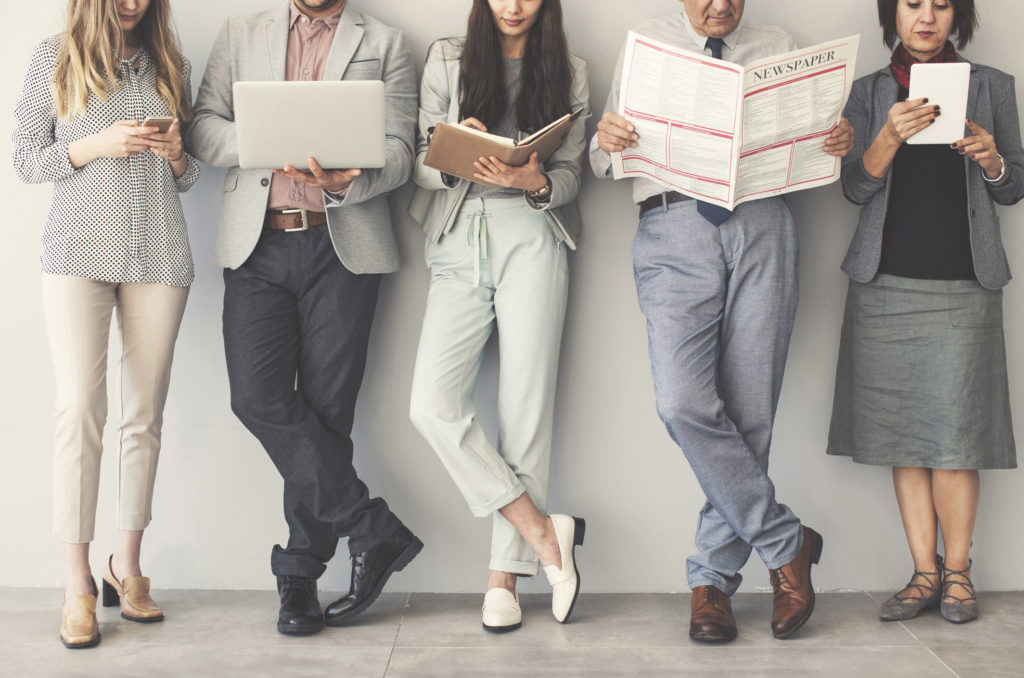 The stories we tell ourselves help us understand and interpret the world. When a stranger at a networking event doesn’t smile back at us, we imagine a possible backstory. Or, when a colleague disparages an idea we think is brilliant, we try to fit their actions into a plausible narrative. When our marketing campaign exceeds its targets, we tell ourselves a congratulatory story about why it worked so well.

All day long, we are constructing narratives about our world. The trouble is, there are holes in our stories. If we don’t notice these holes, we can fall prey to all sorts of mischief. In fact, the holes in our stories are the reason we can so easily believe fake memes and fake news. (And believe them we do! A study in Nature Human Behavior has shown that because of the speed of social media updates, everyone on social media is vulnerable to sharing fake news.)

One purpose of stories is that they make us wiser. They keep us from getting tricked. Think of the Aesop’s fable where a fox coaxes a crow to sing. The crow is holding cheese in her beak. She knows that if she drops it, the fox will gobble it up. Still, she can’t resist the fox’s flattery about her fine voice. She opens her mouth to sing and loses the cheese. The story teaches us to beware of flattery.

But since Aesop’s fables first appeared a few years before social media (give or take a couple millenia!), the stories we tell ourselves to navigate our new technological ecosystem might be a little different.

I might tell myself, for instance, that if a meme is agitating me to dislike or hate a group–if I’m thinking “oh, look at the disgusting things these people are doing”– that could be fake. Indeed, this story helps me. In the U.S., the kinds of accounts that hide their true identity in order to steer online discussions often want to “sow division” among Americans, according to the New York Times.

However, I might also tell myself that if the graphics look cheap, then the meme could be fake. But no, I get this one wrong because it’s actually quite easy to design an aesthetically pleasing meme, so quality is not a good indicator.

Have you been surprised at the memes you’ve unwittingly believed were coming from legitimate sources? Each time this happens, we have an opportunity to examine what stories we were telling ourselves. This may just offer us a chance to correct our course before it’s too late.

In fact, Judge Brett Kavanaugh’s Supreme Court confirmation hearing is an example of two narratives in conflict. Christine Blasey Ford said she is 100% certain that Kavanaugh assaulted her, while Kavanaugh said he is 100% certain that none of the allegations are true. Which of these claims you believe depends on the stories that have already lodged in your psyche. So how do we test and look for other holes in our stories?

1. Realize You May Never Be Able To See Every Flaw

We have to keep in mind that our stories may always have flaws we’re not aware of. What we tell ourselves makes sense to us, but that doesn’t mean it is true or even that it makes sense to everyone else. Being aware that flaws are possible is the first step to identifying a potential deficiency in our stories.

Mark Zuckerberg is a prime example of the need to be aware that flaws may exist. In November 2016, he categorically denied that Facebook had been used to manipulate the U.S. presidential election, calling the claim “a pretty crazy idea.” Oops. Less than six months later, Facebook had to revise its story in light of the evidence. They acknowledged that “malicious actors” had indeed used their platform to influence the election outcome.

When I drive, I compensate for my blind spots by looking over my shoulder when I change lanes. Some drivers add extra mirrors, and some car models have lights to indicate when there are nearby cars you can’t see. We know these deficiencies exist, so we’ve found solutions.

When it comes to the stories you use to make sense of the world, where do you think your blind spots might be? Hiring, for instance, can be particularly susceptible to blind spots. Even if we avoid blatant prejudice, we can be biased toward people like us–for instance, when an extrovert tends to hire only other extroverts, or when we listen for a specific set of buzzwords that mark the person as a member of our tribe.

Frequently, our unspoken, unacknowledged stories cause us needless suffering. As the stoic philosopher Seneca put it, “We suffer more in imagination than in reality.” This is exactly what happens when we encounter fake news. The imaginary story has been designed to cause suffering. It pushes our buttons and we experience anguish and outrage. Anguish and outrage are appropriate when a story is shocking and factual, but these feelings are misplaced when the story isn’t true. The energy we spend on fake news is a waste of time.

When we’ve identified a story that might be a little lacking, it’s critical that we bring it out of our imagination. At a minimum, we should say our stories out loud to ourselves. When we edit our own writing, whether it’s a future literary blockbuster or simply an email to a colleague, it’s a good idea to read it out loud to ourselves. All the disjointed thoughts and grammatical errors will jump out at us. Likewise, saying our stories out loud helps us detect flaws and inconsistencies.

But best of all, we should verbalize our stories to people we trust. They can help us pinpoint their flaws and help us make better sense of the world.

Stories are powerful. Stories can also be used for both good and malicious purposes. Because it’s nearly impossible to detect each storyteller’s true intention, we must count on our own ability to decipher the legitimacy of each story. We can do this by detecting the holes in our own narratives.

Want to run your story past someone? We provide storytelling coaching for you and your team. Contact us for a complimentary storytelling consultation! Leadership Story Lab trains and coaches managers in storytelling techniques to help them become more engaging and persuasive communicators. Whether you would like to stand out in the interview process, add punch to a presentation, or make a compelling case for a new initiative, we can help. Schedule a complimentary session with us today!