The Secret to Clarifying Complex Ideas 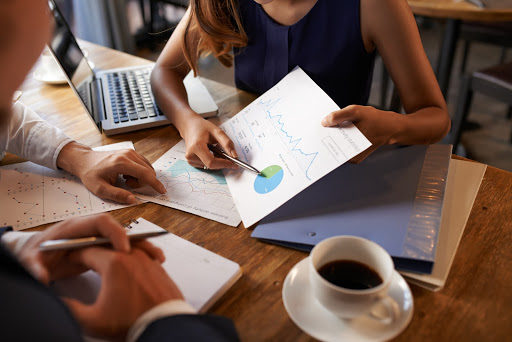 “CRM is like your birth control,” I remember Brittany Hodak, co-founder of The Superfan Company, saying on stage. Perplexed but very intrigued, I listened on. I could sense the ballroom, filled with nearly four hundred attendees at the most recent Brand Manage Camp, wondering the same question. How on earth is CRM like birth control?! Hodak elaborated. Once you decide that you need CRM (and birth control too), she cautioned us, you’d better use it every single time. One “oops” can cost you dearly. Comparisons like the one Hodak makes here are shortcuts to understanding our world. Comparing the familiar with the unfamiliar is the secret to clarifying complex ideas and giving audiences a way to quickly get the gist.

Thoughtfully and deliberately using analogies, metaphors and similes immediately improves your ability to persuade others.

Analogies highlight shared characteristics between two things. The author pairs them up, draws a few similarities, and leaves the reader to continue making connections.

One author, for instance, recently drew an extended analogy between Simone Biles’s history-making athletic risks and the risks leaders need to push themselves to make: “Her mentality,” writes Jason Wingard, “is one that extends beyond athletics — and applies to the corner suite, as well.” The whole article examines the analogies between Biles and corner-suite leaders. In so doing, the abstract nuances of leadership become concrete.

Like Biles, says Wingard, leaders need to embrace risk by abandoning the cautious voice of expertise when it silences the adventurous voice of opportunity, they need to smart small by taking incremental steps toward a bigger risk, and they need to flip their mindset to focus on the positives that come with risk.

At the end, Wingard brings us back to the words of Simone Biles: “I’d rather regret the risk that didn’t work out than the chances I didn’t take at all.”

As with this analogy that pairs the concept of becoming an exceptional athlete to becoming a risk-taking leader, analogy can help you explain other complex concepts, such as “experience.” Here’s how Major League Baseball Pitcher Vern Law made it concrete: “Experience is a hard teacher because she gives the test first, the lesson afterwards.”

Metaphors apply a word or phrase “to an object or action to which it is not literally applicable,” according to The New Oxford American Dictionary.

My favorite example is from Naked Statistics by Charles Wheelan: “The Central Limit Theorem is the Lebron James of statistics—if Lebron were also a supermodel, a Harvard professor and the winner of the Nobel Peace Prize.” Obviously, a basketball star’s abilities are not literally applicable to a statistical theory, but Wheelan wanted to introduce the power, elegance, agility, and far-reaching impact of the theorem while staying away from academic jargon. Readers get the gist of the abstract theorem’s value very quickly.

Simile is much like metaphor, but instead of saying that the Central Limit Theorem is the Lebron James of statistics, you would say that it’s like that.

It’s easy to think of metaphors, similes and analogies as poetic flourishes. But in reality, comparing the unfamiliar to the familiar is something everyone in every field needs to do if they want their audience to understand their message. For instance, in a recent training, one of my clients prepared to explain— to the entire rest of the company— what his team does. The client made his team’s complex roles understandable by mapping out the different jobs in a restaurant (server, chef, sous chef, Maître d’hotel, bartender…) and comparing each team member’s role to one of those jobs. His audience now had a clear picture of who did what.

In the everyday language of business, we use social media to “build bridges.”

When we’re launching a start-up, we want it to match the characteristics of an Olympic skier: lean, agile, nimble, and easily able to pivot.

When done right, metaphor is the most efficient shortcut to explaining something complex in a simple and clear way. Add it to your leadership storytelling kit as a tool that can immediately increase your audience’s understanding. When done badly… well, that’s a topic for another article (which you can read here).

Using Metaphors? Beware Of The Drawbacks

If you need help clarifying complex ideas, we provide customized services to help you succeed.  Give us a shout! Schedule a complimentary working session with us today. For more tips and insights on storytelling, sign up for our monthly guide. Esther’s book, Let the Story Do the Work (published by HarperCollins Leadership), is now available!